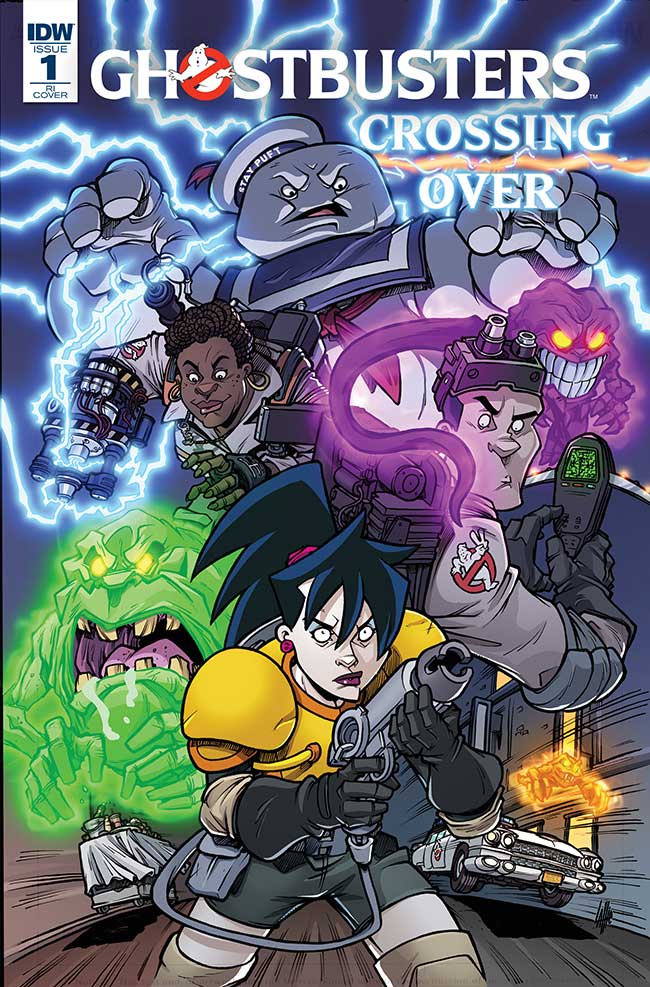 [Solicitations] Who you gonna call? EVERY Ghostbuster

A wise man once said, “don’t cross the streams!” Guess he wasn’t counting on this! Ghostbusters: Crossing Over is the massive 8-issue event series IDW Publishing’s line of Ghostbusters comics have been leading up to which features the original Ghostbusters, the “Answer the Call” crew, and everyone in between from the world of animation and video games. This crossover has them ALL! Just as exciting as seeing all of these Ghostbusters form the ultimate team-up, this series also sees the return of the fan-favorite creative team of Erik Burnham, Dan Schoening, and Luis Antonio Delgado!

“This story has something for everyone who has ever loved an iteration of the Ghostbusters,” said series writer Burnham. “The Prime team from the original movies? There. The Real Ghostbusters? Present. The Extreme team? Accounted for. Not to mention the characters from the video games, the 2016 movie, and the originals we’ve created for the comics! If you don’t like one character, don’t worry, we have others! BUNCHES of others.”

“The biggest challenges from an artistic perspective is emulating the styles of the Real Ghostbusters, Extreme Ghostbusters, Sanctum of Slime and any other teams that may pop up,” said series artist Schoening. “Not only do we want to honor the distinct look of the characters, but also the backgrounds and ghouls. Luckily and gratefully, we have already had a chance to play with many of those characters in previous books.”

For a while now, the original Ghostbusters have had access to an interdimensional portal that has given them all-new ways to research the paranormal and consult with Ghostbusters throughout the multiverse. But when it unleashes the contents of the Ghostbusters’ Containment Unit, it’s going to take a lot of Ghostbusters to recapture all the ghosts!

Who you gonna call? EVERYONE! Ghostbusters: Crossing Over #1 arrives this March with covers by Joe Quinones, Dan Schoening, and Tim Lattie.