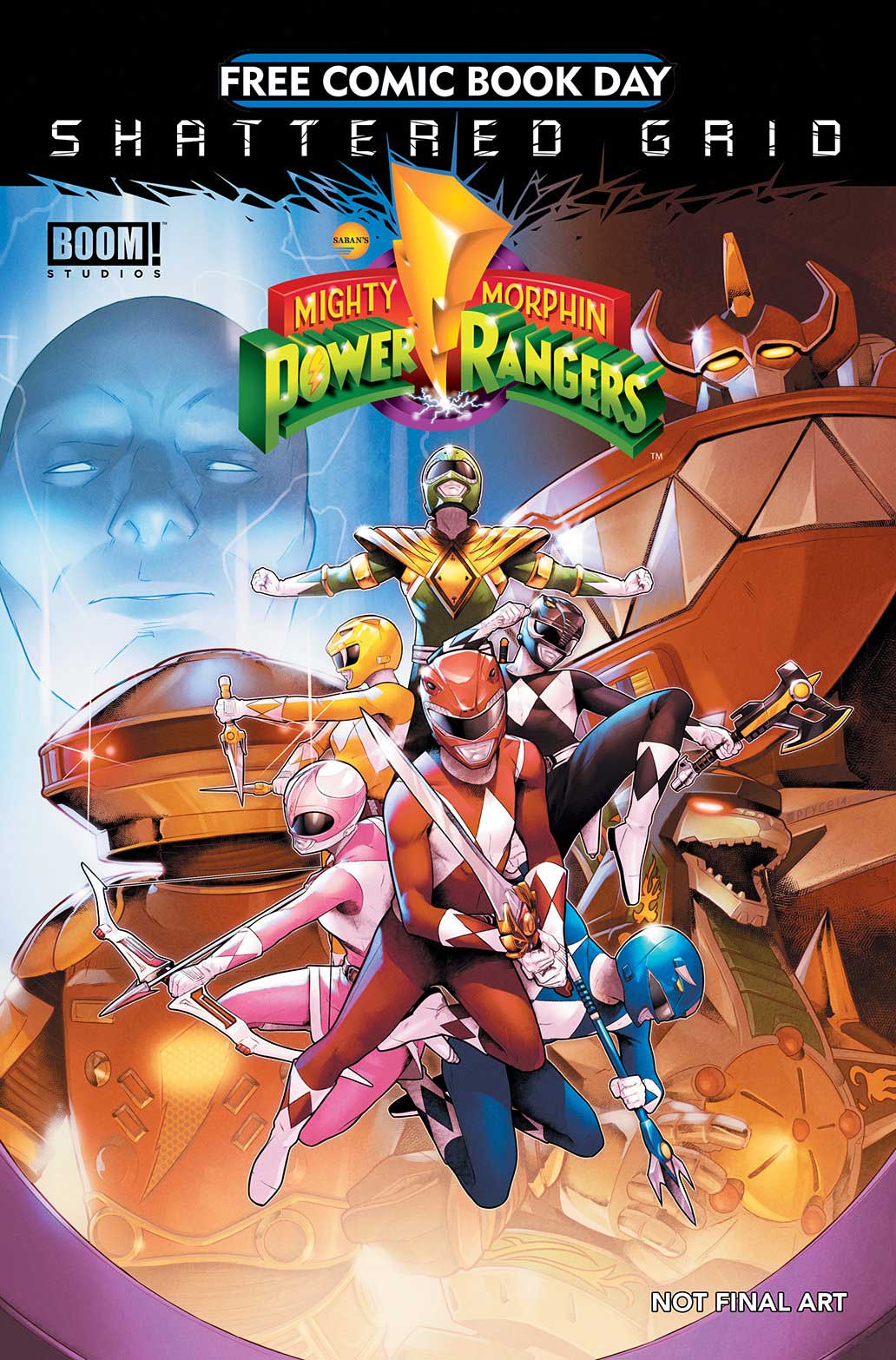 As we learned last week, BOOM! Studios is a Gold Sponsor for Free Comic Book Day 2018 and is bringing Power Rangers: Shattered Grid to the freebie table.

“Ever since I started working on the Power Rangers comics with BOOM! Studios and Saban Brands, I’ve been leading up to this Shattered Grid event, and this FCBD book is an essential part of that storyline,” said Kyle Higgins in a press release. “This issue will have something for everyone, and best of all, it’s free!”

“FCBD is a golden opportunity to give someone a free comic that can ultimately become their gateway book into more comics,” said Ryan Parrott. “This Power Rangers issue is our way of introducing the comics to new readers while advancing the SHATTERED GRID storyline at the same time.” Free Comic Book Day 2018 takes place on May 5, 2018 (the first Saturday in May). Check with your local comic shop to make sure they are participating, and while you are at it, see if they need volunteer help that day to deal with the crowds.