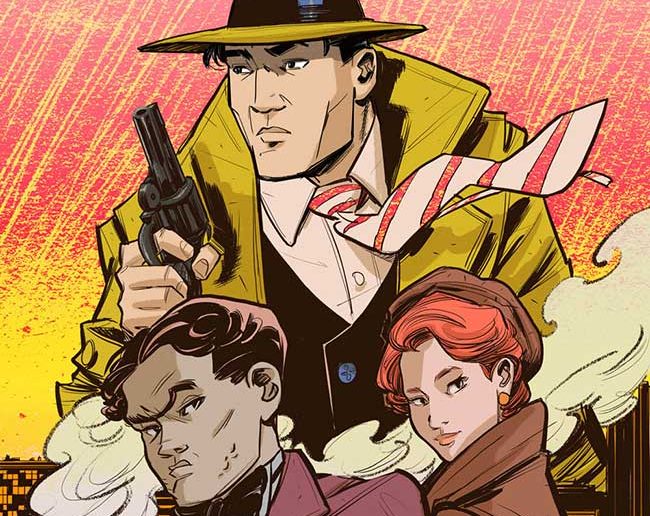 The detective in the yellow coat is returning to comics in 2018 at Archie Comics.

Dick Tracy, created by Chester Gould, originally appeared in newspapers on October 4, 1931 and has been in circulation ever since.  Now, Archie is taking the crime fighter to comic book pages with writers Alex Segura and Michael Moreci, and artist Thomas Pitilli.

According to the press release from Archie Comics, the series will examine some of the very early investigations that made Tracy the best.

“Dick Tracy has always been a character that stands shoulder to shoulder amongst the best–Superman, The Shadow, Conan the Barbarian, Spider-Man, you name it,” said co-writer Michael Moreci. “There’s been so many great Dick Tracy stories over the past 75 years, and that’s such a testament to his versatility, his amazing–unbeatable–rogues gallery, and what he represents.”

“The first arc of the series is going back to square one – as we explore the very early days of Dick Tracy’s time in The City, soon after the second World War,” said co-writer Alex Segura. “While everyone is familiar with the established, confident and heroic Tracy, we wanted to give readers a chance to see how all that came to be, and how his Rogues first reared their ugly mugs.”

Alex Segura has become quite the crime writer in the last couple of years, and if you haven’t had a chance to read his Pete Fernandez series, the books are really worth picking up.

The new Dick Tracy adventures are scheduled to begin on April 11, 2018, when Dick Tracy investigates a shooting that looks like it involves a killer only known as Flattop. As discussed on this week’s Major Spoilers podcast, Archie Comics has really emerged from a cocoon in the last decade and is really exploring new venues with characters like Dick Tracy, returning characters from the Dark Circle imprint, and of course, the horror line that has taken off. This is truly a great time in comics and a great time for Archie Comics to expand its brand.