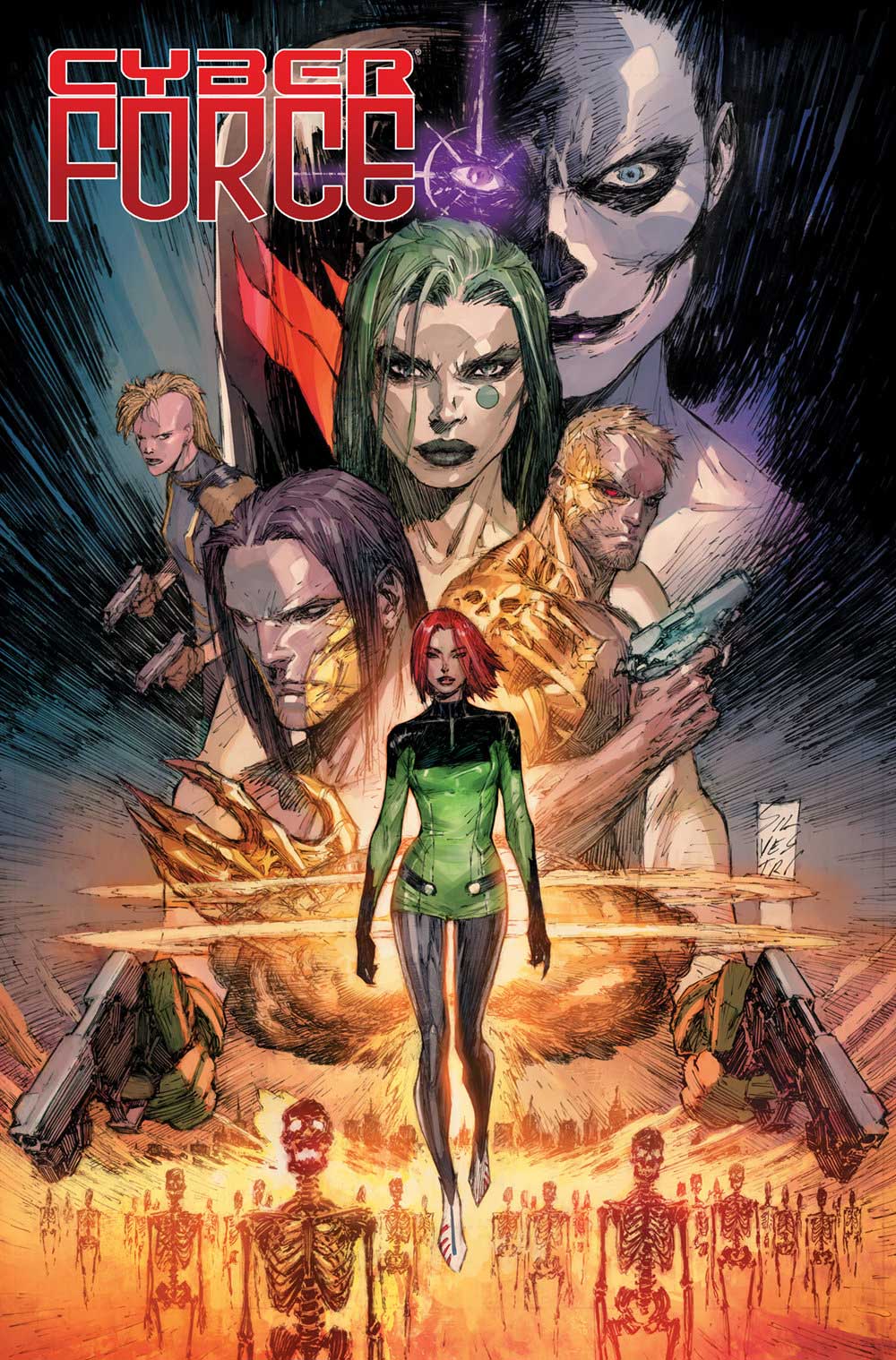 You read that correctly, Cyber Force is returning in March 2018 from Image Comics.

Creator Marc Silvestri will oversee the series, which will be written by Matt Hawkins and Bryan Hill with art by Atilio Rojo.

In a modern world where humanity is defined by the technology it creates, a terrorist strikes at the heart of human progress. One of the few survivors of the attack is a man named Morgan Stryker.

Mortally wounded, Stryker’s life is saved by his employers…but the price of his survival could be his humanity itself. “CYBER FORCE is what first interested me in Top Cow,” said Hill. “My first pitch to Matt was set in that universe. When Marc created it, concepts of transhumanism and its effect on society were just esoteric theory, but now we live in that reality. We’re a species using technology to ‘perfect’ ourselves, but in what image? What happens when evolution stops being a natural process and becomes a mechanized one? What is the future of this new humanity? I hope to engage these ideas in CYBER FORCE…and blow a lot of things apart in flame and steel.”

Are you excited for the return of Cyber Force? Use the comment section below to share your thoughts and reactions.