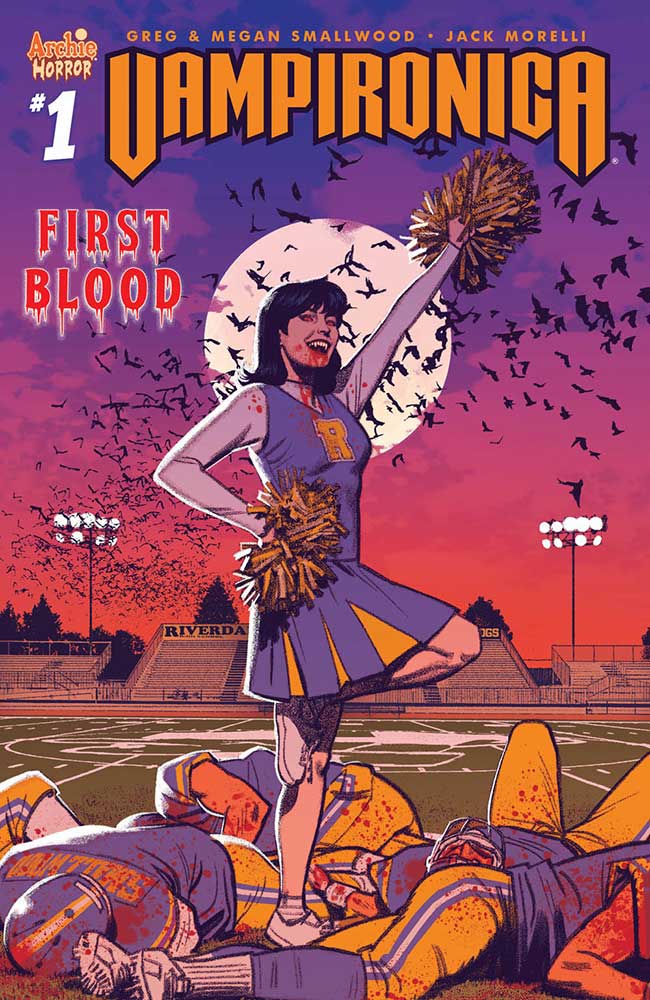 Archie Comics is leaning heavy into the horror aspect of their characters. First it was Afterlife with Archie, followed by The Chilling Adventures of Sabrina, and Jughead: The Hunger. Now Archie Comics has unveiled its latest horror title – Vampironica.

The series is written by Greg and Megan Smallwood.

After being turned, will Veronica’s new-found thirst for blood turn Riverdale into a haven for the undead or will she put an end to the vampire threat herself? The team of Greg (co-writer, artist) and Megan Smallwood (co-writer) and letterer Jack Morelli are set to turn Riverdale red in the latest twisted take on the classic Archie Comics characters.

“Greg and I were both very interested in exploring the concept of a vampire Veronica without getting rid of what makes Veronica such a special character,” said co-writer Megan Smallwood. “Ironically, Vampironica humanizes Veronica in a way that only horror can. Becoming a vampire is a humbling experience for her and she’s forced to open up and expose a little vulnerability.”

According to Archie this will have a classic horror films vibe, as Greg Smallwood says the biggest influences in this series are American Werewolf in London and Fright Night.