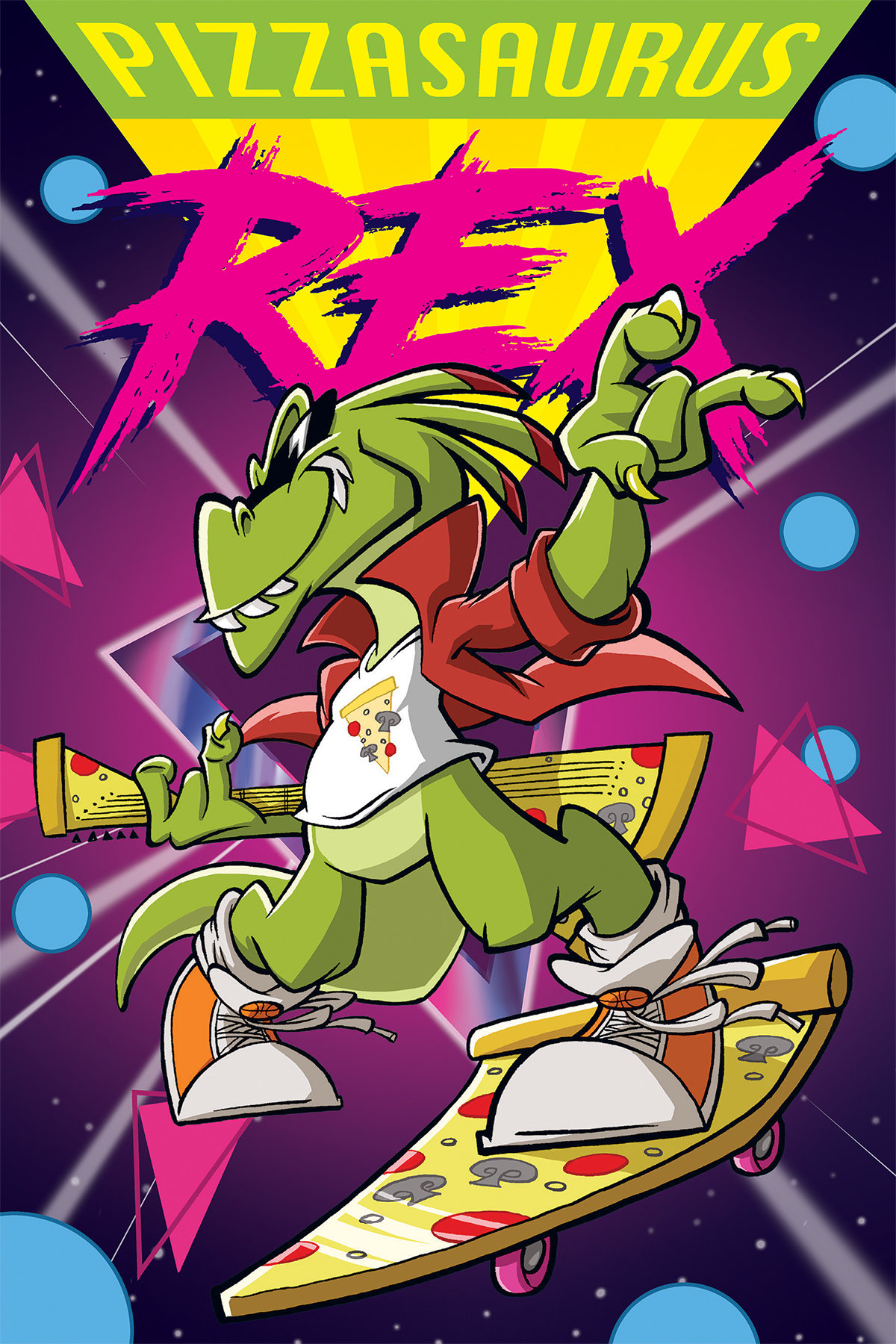 Here’s a crazy new original graphic novel that will make you wish the long ago times were back, as Oni Press announces Pizzasaurus Rex, an all ages book from Justin Wagner, a storyboard artist on the Archer animated series.

In this humorous action/adventure tale, we meet Jeremy Duderman, the most extremely awesome scientific mind of his generation. Too bad everyone’s too busy bullying him or just generally disliking him to realize it. But that all ends today. Jeremy has invented the Reality Alternative Dimensionator (R.A.D. for short), a device that allows Rex Raditude, the Pizzasaurus, to enter our dimension. He’s a guitar-shredding, pizza-loving party animal with only one thing on his mind: BEING TOTALLY RAD, DUDE. But is that enough to stop Emperor Buzzkill and his horde of hapless minions who are bent on ending pizza parties, skateboarding, and all things rad? And can poor, pitiful Jeremy Duderman, quite possibly the dorkiest dude in the universe, help Rex in defeating them?

“The cartoons that I grew up with in the 80’s and 90’s were junk meant to sell action figures and promote pizza chains,” said Justin Wagner. “That being said, that junk was still totally wicked. Pizzasaurus Rex pays homage to that stuff in both art and the writing. It’s my love letter to that most-excellent time where everything was way radical.”