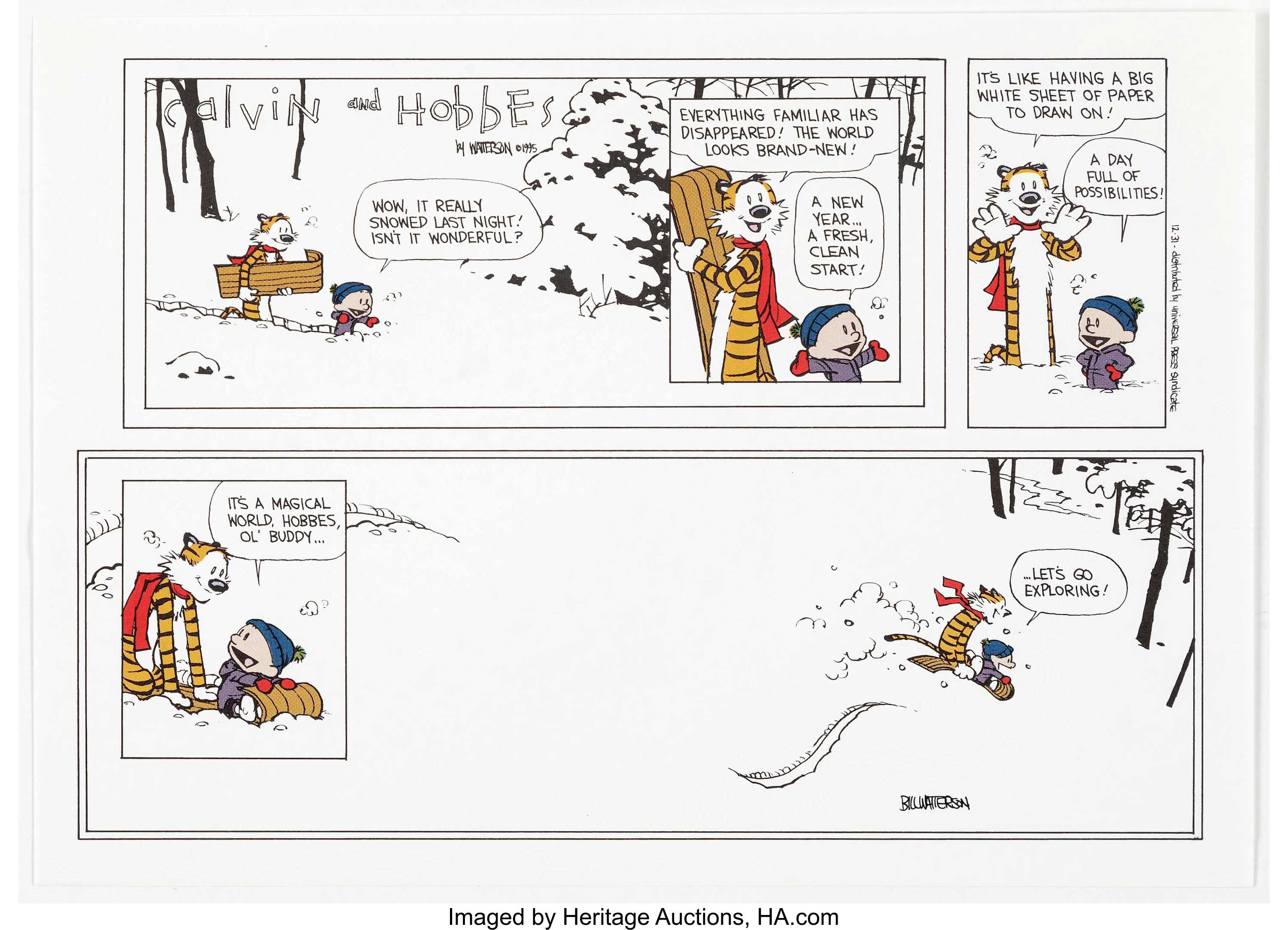 Bill Watterson’s Calvin and Hobbes comic strips are some of the best things you will ever read. For a collector original strips are hard to come by, but over the Thanksgiving weekend, the final Sunday strip sold on the auction block for $10,157.50.

Though this was an incredible steal for the lucky winner, the real winner was the Thanks & Giving Auction that raised $53,384 for hurricane relief.

“The auction was completely sold out,” said Jim Halperin, Co-founder of Heritage Auctions. “It was inspiring to see so many talented artists create and then donate collectible original comic strips or personal keepsakes from their personal collection.”

“The results of this auction reflect the spirit of cartoonists and what they do,” Halperin said. “They create work designed to entertain people, and make them laugh and smile. So it’s no surprise that so many great artists were willing to come together to help raise money for people who have been through so much hardship because of natural disasters.”

If you aren’t following Heritage Auctions, you probably should as there were some really great items on the auction block that could have been picked up very easily.