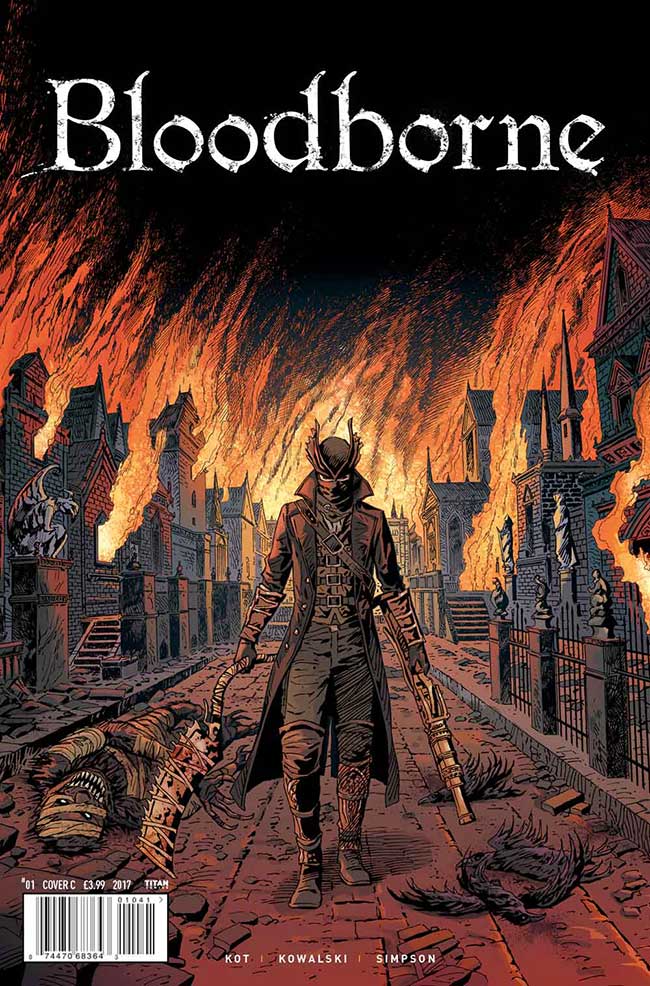 In Titan Comics’ new Bloodborne: The Death of Sleep – written by Ales Kot (Generation Gone, Zero), with art by Piotr Kowalski (Wolfenstein, Dark Souls) – a nameless Hunter awakens in an ancient city where horrific beasts stalk the shadows and the streets run slick with the blood of the damned. Seeking an escape from the endless Night of the Hunt, the Hunter embarks upon a dangerous, gore-filled quest with the hopes of ending Yharnam’s twisted endemic.

“Bloodborne is one of my all-time favorite games. I put close to two hundred hours into playing it and researching its universe, and that was before I even knew there would be a comic — I was obsessed,” said Bloodborne writer Ales Kot.

Bloodborne: The Death of Sleep #1 is scheduled to arrive in February 2018.