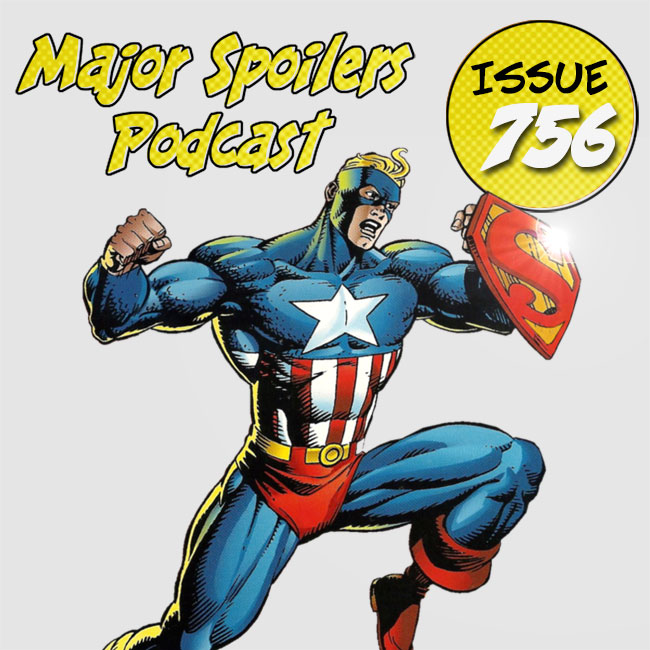 This week on the Major Spoilers Podcast: We review Batman/Teenage Mutant Ninja Turtles #1, Green Lanterns #36, and Rosco: Alien Wildlife Photographer. Plus we make up for a missed 5th week by exploring Super-Soldier and X-Patrol. And, what’s up with Disney and Fox?

Shares of 21st Century Fox rose moderately in early trading Tuesday after CNBC added new fuel to speculation that the Murdoch-controlled company would sell a significant chunk of its assets to the Walt Disney Co.

REVIEWS
STEPHEN
BATMAN/TEENAGE MUTANT NINJA TURTLES II #1
Writer: James T Tynion IV
Artist: Freddie E Williams II
Publisher: DC Comics
Cover Price: $3.99
The team behind the smash-hit crossover series is back to reunite the Dark Knight and the Heroes in a Half-Shell. When Donatello goes looking for a new mentor to help him improve his fighting skills, he opens a doorway to another reality, hoping to summon the Turtles’ one-time ally, Batman. But instead, he gets sent to Gotham City and someone else comes through the open portal—Bane! Suddenly, there’s a new gang boss in New York and he’s out to unite all the other bad guys under him. Can Donnie get back in time and bring Batman with him to help his brothers before Bane causes irreparable destruction?

MATTHEW
GREEN LANTERNS #36
Writer: Tim Seeley
Artist: Ronan Cliquet
Publisher: DC Comics
Cover Price: $2.99
“OH BOLPHUNGA, WHERE ART THOU?” part two! Simon and Jess try to bring Bolphunga back to his old foe Mogo but come face to face with Singularity Jain, whose kiss can kill. She’s here to make Bolphunga pay his debts—and she plans to devour anyone who stands in her way!

Major Spoilers Poll of the Week: Best Cover Edition (Three in a Series)