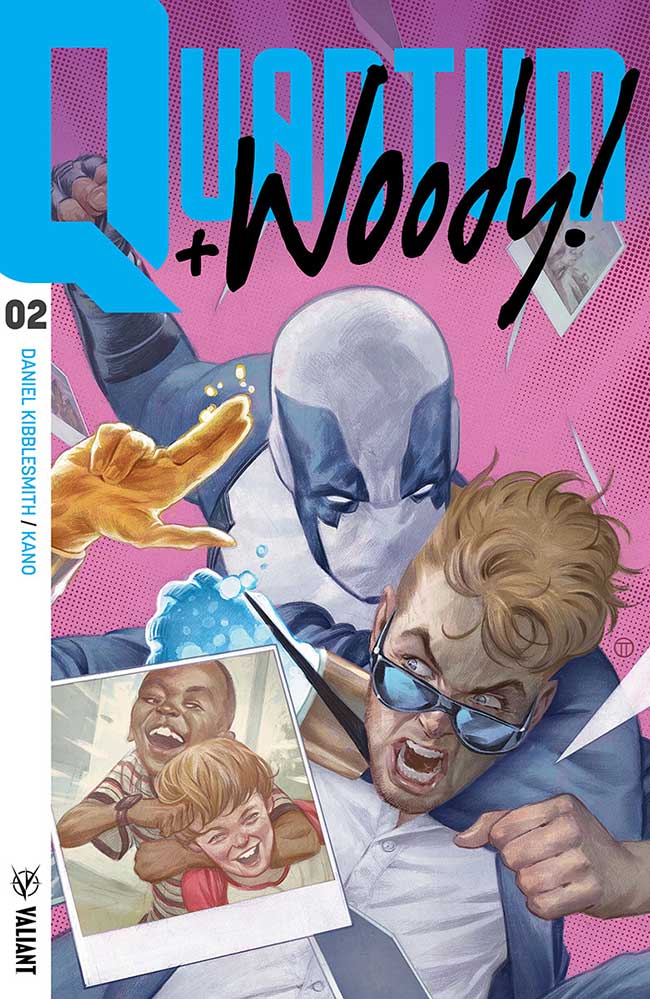 Valiant Entertainment sent Major Spoilers an early look at the upcoming Quantum and Woody #2 by Daniel Kibblesmith and kano.

QUANTUM AND WOODY! (2017) #2
Written by DANIEL KIBBLESMITH
Art by KANO
Cover A (Standard) by JULIAN TOTINO TEDESCO (NOV172012)
Cover B (Extreme Ultra-Foil) by GEOFF SHAW (NOV172013)
Extreme Ultra-Foil Chase Variant by GEOFF SHAW (NOV172015)
Q&W Icon Variant by MIKE ALLRED (NOV172016)
Blank Cover Also Available (NOV172014)
$3.99 | 32 pgs. | T+
It’s the ones you love that hurt you the most…and, in the case of super-powered adoptive brothers Eric and Woody Henderson – aka Quantum and Woody – this is definitely going to leave a mark! Quantum has kept the truth about Woody’s biological father a secret, and now that Woody has found out about his brother’s betrayal, their once-promising superhero career has ground to a standstill. So now it’s time for one last shot at teaming up as our heroes head “down under” – ahem, to Australia – in search of Woody’s one true DNA match. Like father, like son? Let’s hope not.