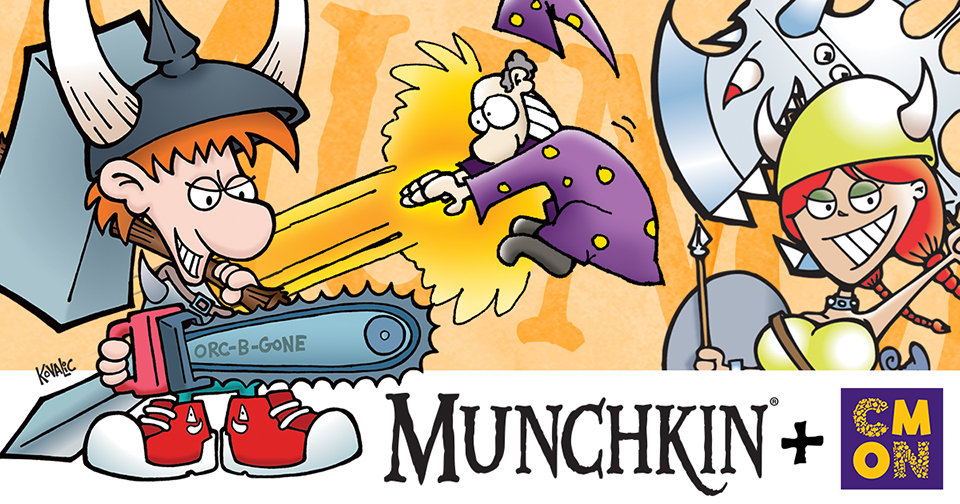 CMON announced it has teamed with Steve Jackson Games in a multiyear agreement to produce Munchkin board games.

Chern Ann Ng, CEO of CMON Limited, said, “Working with Steve Jackson Games to bring fans a new vision of the Munchkin universe is an incredible opportunity. Munchkin has been a mainstay within the board gaming hobby for many years, so being able to put our touch on this iconic franchise is truly amazing. We can’t wait for players to see what’s in store.”

Phil Reed, CEO at Steven Jackson Games, said, “Partnering with CMON to bring a new era of Munchkin board games to our fans is exciting. With their history of producing high-quality miniatures and games, we believe Munchkin’s rich history and cast of classic characters will shine.”

The first Munchkin board game will be inspired by Arcadia Quest, and is expected to arrive in Fall 2018.  Arcadia Quest is a campaign-based game for 2 to 4 players where players control a guild of unique heroes facing off against other players and monsters in the game.  In order to win, the players need to complete a series of quests in order to win the scenario.  Based on that description, Munchkin seems like a perfect fit.