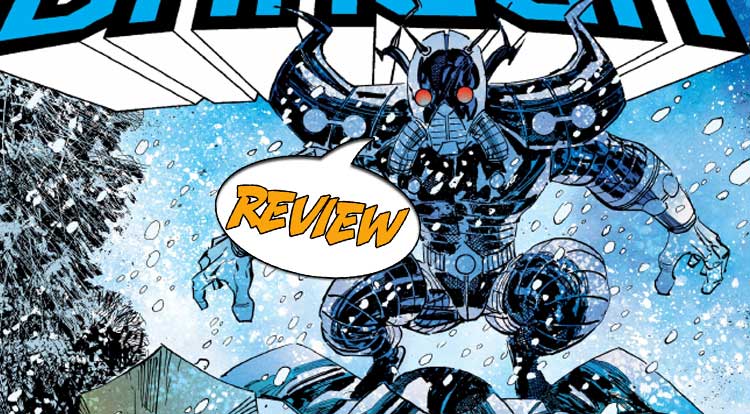 It’s the return of The Seeker and something something dramatic reveal!  Your Major Spoilers review of Savage Dragon #228 awaits! Previously in Savage Dragon: “Relocated to the Great White North, Dragon faces a number of new challenges: a new job, a new home, a new life, and the return of the enigmatic villain, the Seeker.  At long last-all of his secrets are revealed!”

LAST TIME, IT GOT REALLY OVERTLY SEXUAL AND UNCOMFORTABLE

Savage Dragon is one of those comics that I have occasionally checked in on every couple-dozen issues, ever since the first Image S.D. issues back in the early 1990s.  As such, I usually get annoyed or put off by something (in one case a universal reboot; in another, a gleeful focus on Dragon’s wife’s enormous breasts; in a third, a second universal reboot) and check out for a while.  Since issue #200, though, I’ve been reading Savage Dragon again relatively regularly, even with the book’s ever-increasing focus on young Malcolm Dragon’s sex life with his wife, his ex-girlfriend and his adoptive sister (sometimes all at once.)  After the election of the latest President, Malcolm, Maxine and their three kids (as well as his half-brother) have moved to Toronto, and this issue gives equal time to Malcolm coming to terms with Canadia, the return of a villain from over one hundred issues ago and SUPER-GRAPHIC depictions of sex.  At the same time, Malcolm’s sister, his dad’s old police partner Alex and his dad’s first wife are trapped on another world, sifting through a destroyed landscape while nearly naked…

There is nothing wrong with sex, with depictions of sex or a comic book devoted to same, if that’s your thing.  And Savage Dragon is remarkably sex-positive in showing Malcolm and Maxine’s relationship (and, as of this issue, her mom and his brother’s), but this issue devotes more time to athletic $&@#ing than it does to the cover-featured battle with The Seeker.  Add in the fact that Seeker’s back story is actually NOT revealed, as it remains silent during the ultra-violent three-page fight sequence during which it is destroyed, and the strange storyline expectation that Malcolm’s body can regenerate a large portion of his head and brain but NOT reverse a vasectomy, and you have an issue that just doesn’t do it for me.  Occasionally in Larsen’s extended run, you get an inttallment that just keeps all the secondary plotlines simmering, and this issue is that, with an added touch of overwhelming personal and graphic gynecological detail about one of our main characters.

So, yeah, if you’re looking for the place where NSFW and superheroes overlap, this is the comic for you, but be warned: This issue’s main plot-related moment is Thunder-Head and Mrs. Lai getting it on in the hallway.  Savage Dragon #228 has attractive art that makes quiet moments and battle sequences equally clear and engaging to look at, but a juvenile fascination with sexuality and remarkably scattershot plotting make for an unsatisfying issue, earning 2.5 out of 5 stars overall.  The three Dragon-babies are remarkably cute, though…