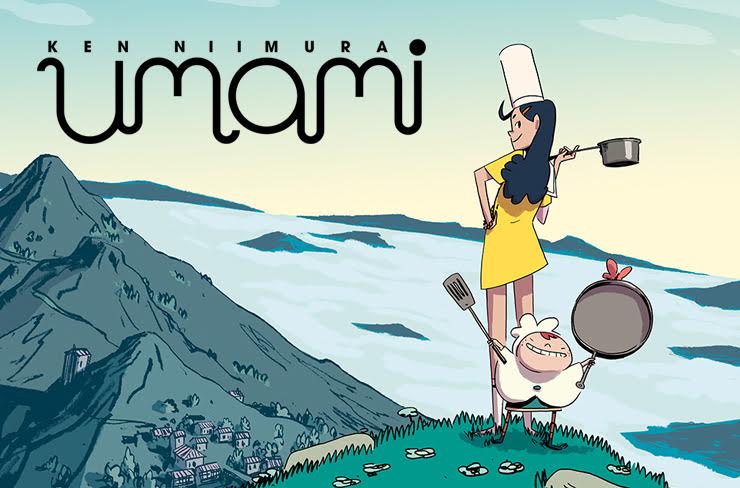 Who said cooking was only for nourishing?

Uma is a cheerful and determined girl from a remote village, who always has an amazing dish ready to solve any problem… if only she wasn’t such a disaster.

Ami is the future king’s chef, stickler and extremely proud, whose aim in the kitchen is to achieve the best taste following traditional techniques and recipes.

Despite their many disagreements, together they are an explosive team and no obstacle stands on their way. But how could anybody imagine that the destiny of the entire kingdom would depend on their culinary skills…?

Welcome to the great little adventures of Uma and Ami!

“Umami draws its inspiration on all the cartoons, video games and comics I was exposed to when I was a kid, for the most part very personal works that were also able to reach a broad audience. ”

“I’d like to make a series that combines some crazy comedy and action, with some more quiet intimate moments, making for a fun, exciting and absurd read. ”

About the author
At the crossroad of Japanese, European and American comics, Ken Niimura has developed a dynamic, vibrant and humorous style of his own.

His breakthrough in the industry came with the publication of the acclaimed graphic novel, “I Kill Giants,” earning co-creators illustrator Niimura and writer Joe Kelly nominations for the prestigious Eisner Award and winning the International Manga Award in 2012. “I Kill Giants” is now a soon-to-be released feature film.

Niimura is also the author of the short story collection “Henshin,” published originally in Japan by Shogakukan.