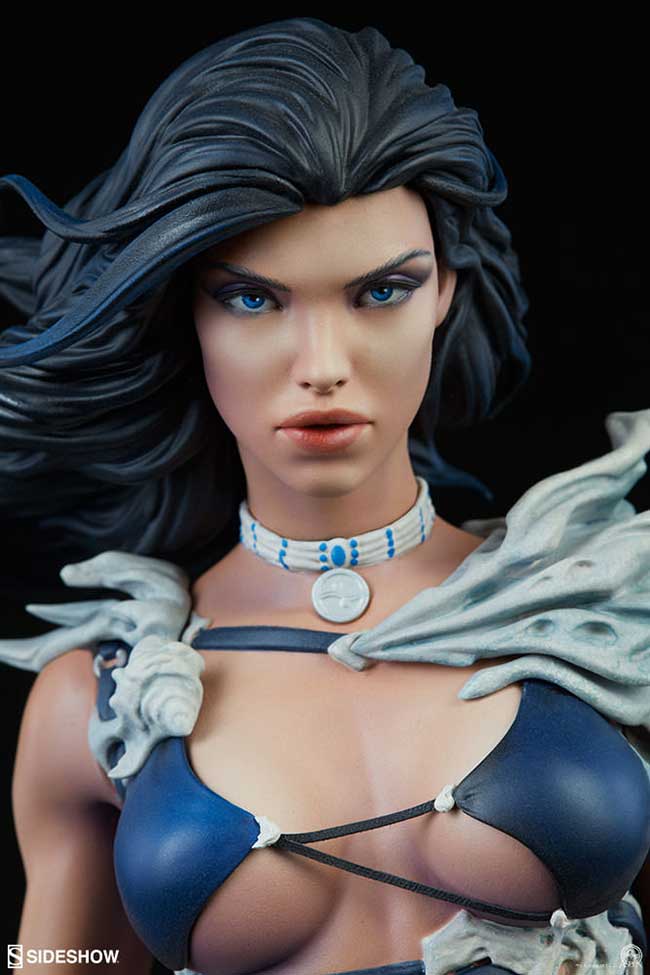 Created by Michael Turner in 1998, Aspen Matthews leads the Fathom comic book at Aspen Comics. A fan favorite, Aspen is now getting a Premium Format statue from Sideshow Collectibles.

As an elite member of the mysterious race called the Blue, Aspen Matthews can manipulate water to her will, using it to create tsunamis and to even turn her physical body into water.

The statue stands an impressive 22-inches tall on a 12-inch wide base, and is designed by Jean-Paul Mavinga based on the late Michael Turner’s designs.

Designer JP Mavinga explains, “The word ‘Fathom’ has multiple meanings in the context of Turner’s work. First and foremost, it evokes the idea of deep ocean depths where Aspen’s power comes from. Secondly, it means to understand or imagine, which ties in to the fantastical elements of the world Turner created for readers.”

I particularly like the water helix base, that if you look closely, you’ll see a little something hidden the water.

The Aspen Premium Format figure is scheduled to arrive between October and December 2018, but you can pre-order now for $560 ($63.00/month).