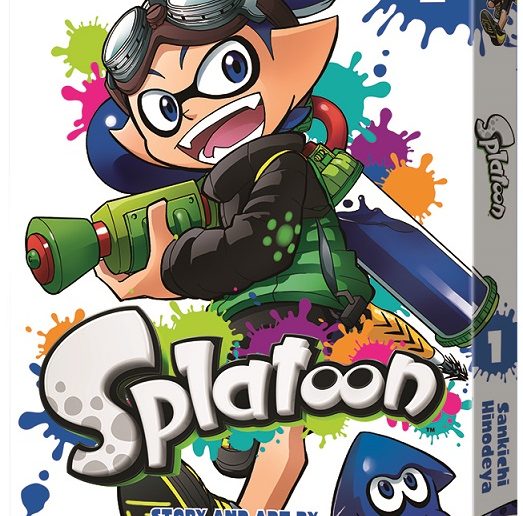 VIZ Media, LLC (VIZ Media), a premier company in the fields of publishing, animation distribution, and global entertainment licensing, expands its catalog of manga titles based on popular Nintendo video game properties with the launch of Splatoon on December 12th. The new series will be released exclusively in print and was created by Sankichi Hinodeya. Splatoon is rated ‘A’ for All Ages and Volume 1 carries an MSRP of $9.99 U.S. / $12.99 CAN. Future volumes will be published by VIZ Media on a quarterly basis.

In Splatoon, the Turf Wars have started in Inkopolis, and the team that inks the most ground will be crowned the winner! Goggles and Team Blue are ranked lower than their competitors. But with some teamwork and a touch of creativity, they might just leave their mark!

“The Splatoon manga is super fun and expands the video game’s wacky world and storyline into a series that readers of all ages can enjoy,” says Joel Enos, Editor. “Whether you’ve played the Splatoon games or are new to the series, you can can join the adventure in Inkopolis this December!”

Splatoon is a third-person shooter video game developed and published by Nintendo for the Wii UTM and was released worldwide in 2015. The game centers around characters known as Inklings who can transform between humanoid and squid-like forms. Inklings can hide or swim through colored ink sprayed on surfaces using shooters, blasters, chargers and sloshers, or brush-based weaponry. Splatoon has won multiple awards including a 2015 British Academy Children’s Award, IGN’s Best of 2015, and a SXSW Gaming Award in 2016. A sequel game titled, SplatoonTM 2, was recently released on the Nintendo SwitchTM platform.

For additional information on Splatoon and other manga titles published by VIZ Media, please visit viz.com.