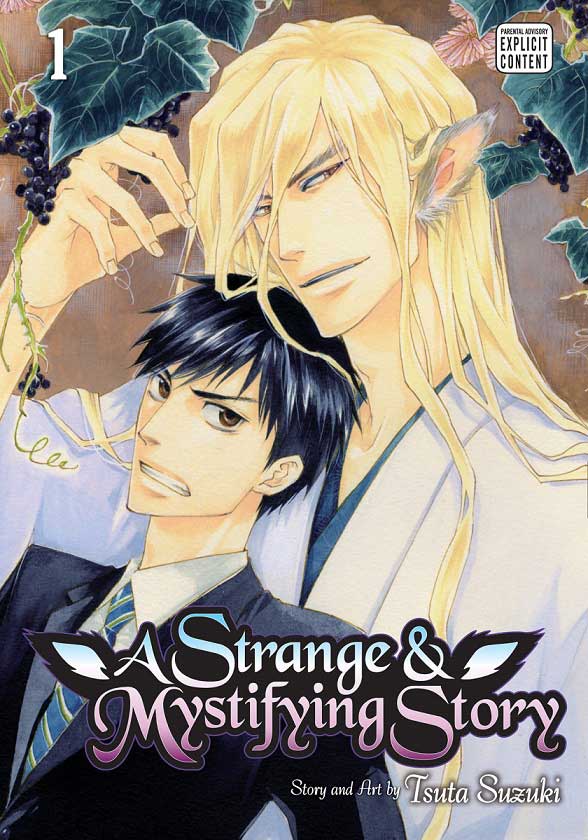 [Manga] SuBLime to release A Strange and Mystifying Story

SuBLime, the leading global English-language yaoi manga publisher, delivers the launch of new series A STRANGE AND MYSTIFYING STORY, available now after being previously out of print.

The series, by creator Tsuta Suzuki, is rated ‘M’ for Mature Readers. Print editions carry an MSRP of $12.99 U.S. / $17.99 CAN each. The digital versions carry an MSRP of $6.99 U.S. Readers have two methods of digital access to the series on SuBLimeManga.com – via a DRM-free downloadable PDF, viewable on any enabled eReader device and computer, as well as via the online manga viewer. Readers can also purchase a digital version through the NOOK, Kindle and Kobo eReaders as well as on Google Play. SuBLime will publish subsequent volumes of the seven-volume series on a quarterly basis. In A STRANGE AND MYSTIFYING STORY a man named Akio Yamane falls terminally ill, presumably from his family’s curse. Remembering his grandfather’s final words about their family protector, he looks to where his grandfather pointed and finds a tooth. Upon holding it, he accidentally summons a god who promises to cure him, albeit in a rather odd and intimate manner!

“Fans have requested that SuBLime pick up and finish releasing all volumes of this series, and we are excited to add A STRANGE AND MYSTIFYING STORY to the SuBLime catalog. We will make the series available in its entirety,” says Hope Donovan, Managing Editor. “Readers will not want to miss what happens as the relationship heats up between a deity and this seemingly cursed, but decidedly handsome, man.”

A STRANGE AND MYSTIFYING STORY is Tsuta Suzuki’s second English-language release, with her first being Your Story I’ve Known. Formerly working under the penname, “Yogore,” she has also published doujinshi (independent comics) under the circle name “Muddy Pool.” Readers can find out more about Tsuta Suzuki on her Pixiv page: Pixiv.net.