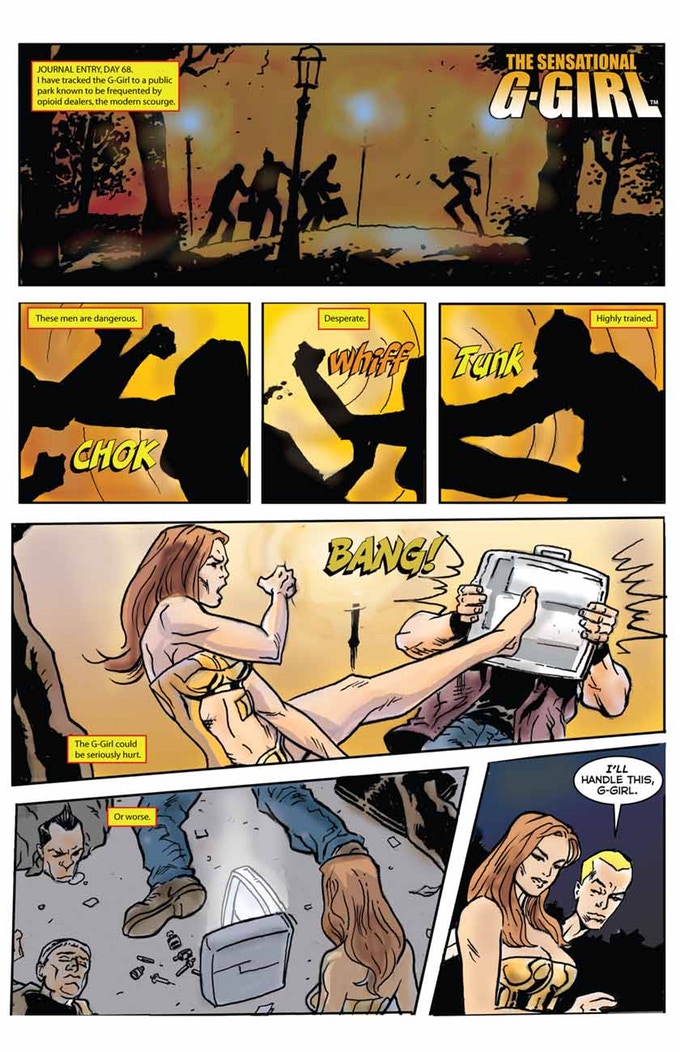 [Kickstarter] The Sensational G-Girl heads to Kickstarter for sixth issue

Heroic Publishing has announced The Sensational G-Girl is headed to Kickstarter to fund the sixth issue of the transgender heroine series.

In the sixth issue of her very own comics magazine, Heroic Publishing’s G-Girl takes on the super-stretchy RUBBER-BAND MAN.

He thinks it’s dangerous for a pretty teenaged girl to be out there doing superhero things all by herself.

She thinks he’s an idiot. The Kickstarter campaign launched on November 54th and funded in the first 24 hours. Now the publisher is using the remainder of the campaign to fund issue #7 as a stretch goal.

For more information on the Kickstarter campaign, you can check out the Heroic Publishing page here.

TTRP Corner: Interview with Mark Seifter from Roll for Combat