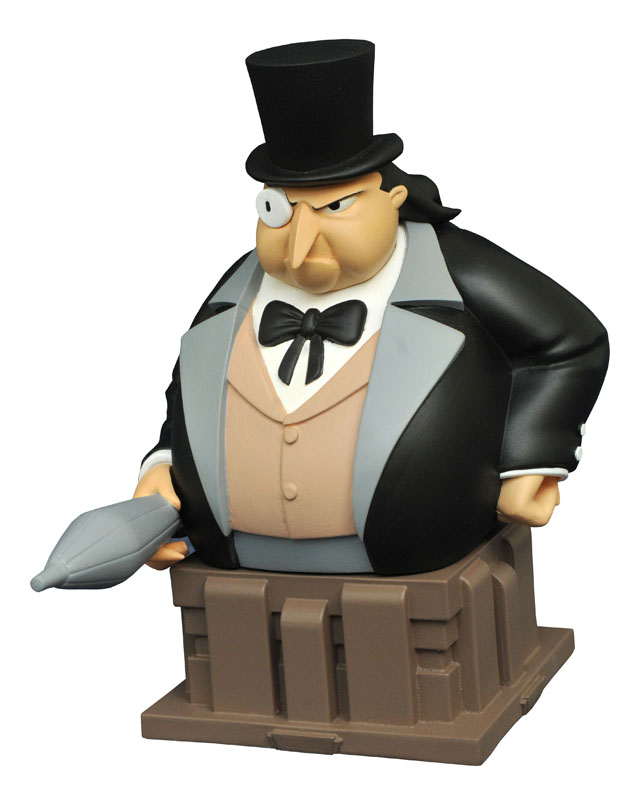 Before you leave your LCS today, make sure you take a trip down the merch/statues aisle as Diamond Select Toys has released a new Batman: The Animated Series Penguin resin bust for collectors.

The fowl felon has arrived in the Batman Animated bust series! Oswald Coblepot, the Penguin, is captured in his classic animated appearance, as he appeared on Batman: The Animated Series. Measuring approximately 6 inches tall, the Penguin perches on a pedestal base inspired by the show’s art-deco architecture, holding his ever-present umbrella. There are only 3,000 of these busts floating around, so if you didn’t pre-order the statue, you may need to hunt around a bit to find it. You’ll also need to be ready to shell out $59.99 for this addition to your collection.