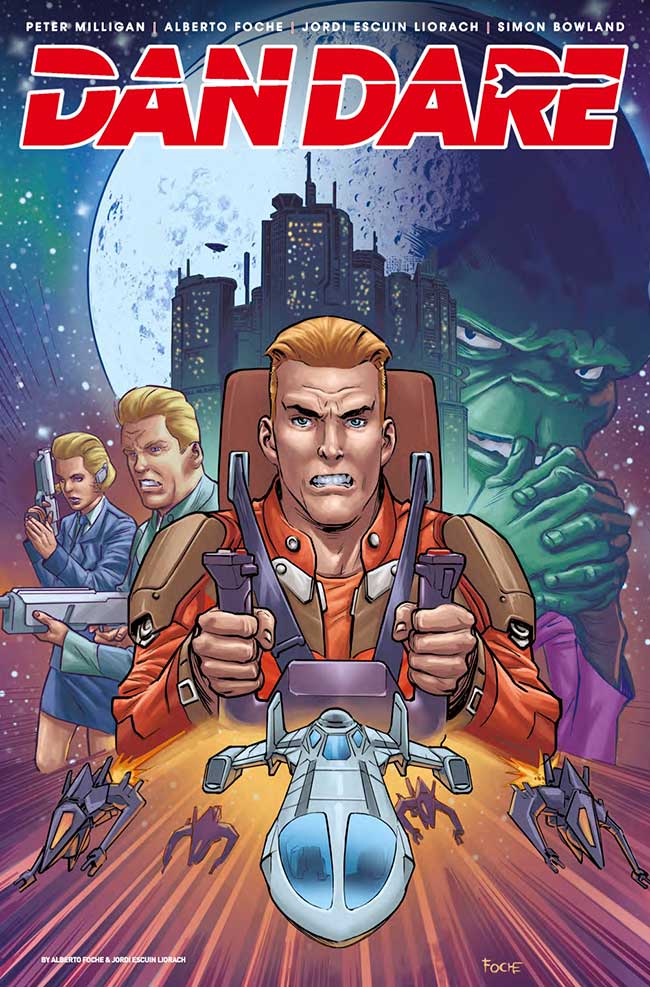 It is a golden time for Earth and the Sol Alliance. Peace reigns supreme. The MEKON, perhaps mankind’s greatest enemy, has finally been vanquished and is undergoing behavioral treatment in a maximum-security prison built on the Moon.

Yet the one man responsible for the capture of the Mekon, the legendary space pilot DAN DARE, languishes in a prison of his own making. With no foe to fight, battle to win or day to be saved, Dan finds himself shackled by the chains of normality and boredom. In a silent prayer, Dan begs the universe to give him a reason to take flight again to the stars.

And his prayers have seemingly been answered.

From an uncharted sector of the galaxy an ancient spaceship of unknown origin and purpose has arrived, broadcasting a strange, un-decipherable signal – and stated its intent by destroying one of the moons of Saturn in a colossal show of strength and firepower…