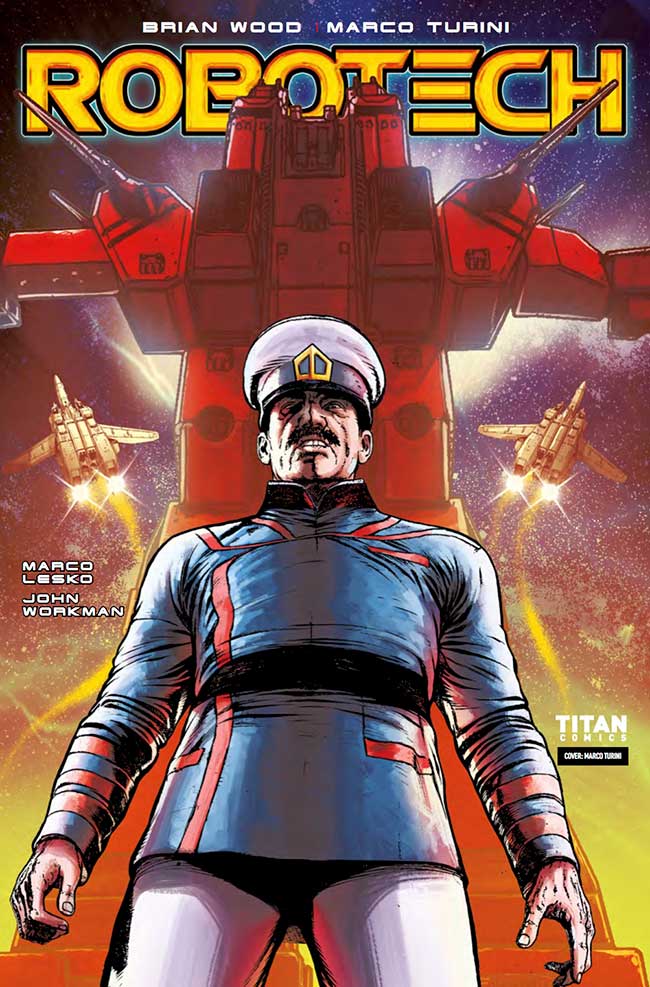 Ten years ago, a mysterious ship crashed on Macross Island in the South Pacific. In the intervening years, the people of Earth have used the ‘Robotechnology’ from the ship to significantly advance their own technology.

On the launch day of the Super-Dimension Fortress (the SDF-1), Earth is attacked by mysterious aliens. The SDF-1 is eventually forced to ‘space-fold’ into space – but takes a chunk of Macross City with them (the city and its citizens have been moved inside the massive SDF-1).

The SDF-1 is now lost in space, while the aliens prepare to attack again…