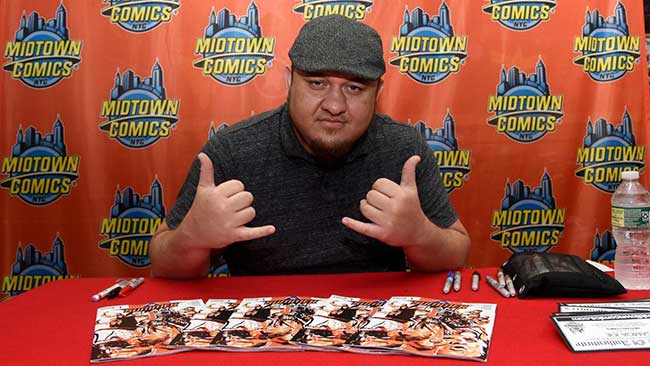 BOOM! Studios and the WWE have announced WWE #13 will be co-written by wrestler Somoa Joe.

Co-writing the tale will be Michael Kingston with art by Michael Mulipola.

“As a lifelong comic book fan, it’s a thrill to partner with BOOM! Studios on the official WWE comic book series and tell the true story behind my journey to WWE,” said Samoa Joe in a press release from BOOM! Studios. “Ever wonder how Triple H really convinced me to make the jump? Now you’ll get the real story, from me and my incredible co-writer Michael Kingston.”