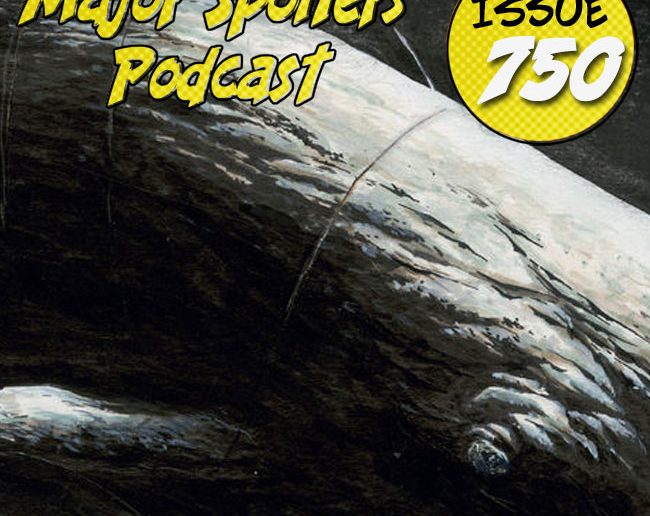 This week on the Major Spoilers Podcast: The great white whale, Moby Dick, haunts our episode , but we still review Kid Lobotomy #1, The Archies #2, Faith and the Future Force #4, and the Battle Chasers: Nightwar video game.

Big Daddy is a rich hotelier who, in a cracked echo of King Lear, appoints his youngest descendant to manage The Suites, a peculiar hotel located behind the Black Crown Pub. Affectionately known as Kid, his good looks and swagger can’t hide a rough childhood of strange therapies and brain operations that have awakened inner demons and psychodramas. This of course makes him eminently qualified to perform lobotomies. A failed rockstar/successful madman gets one last change to prove his worth—and regain his sanity—by turning the hotel that was once his childhood sanctuary into a lucrative business, despite a host of obstacles—including his own sister—who would love nothing more than to see him fail miserably.

Bloodshot was a bust… Divinity didn’t work… Ninjak was nixed… No matter which of the Valiant Universe’s greatest heroes she recruits to her aid, Faith still can’t save the time stream! With time literally running out all around her, does L.A.’s sky-soaring superhero have what it takes to defend the entire universe…or will the secret key to saving existence itself come from the most darkest and most unexplored avenue of all?

ASHLEY
THE ARCHIES #2
Writers: Alex Segura & Matt Rosenberg
Artist: Joe Eisma
NEW ONGOING SERIES! The Archies hit the road — but tour isn’t all it’s cracked up to be! Can they still make some great music? Or will they go broke and make a U-turn for home?

DISCUSSION
MOBY DICK
A masterful adaptation of the timeless literary classic, faithfully and beautifully rendered by an award-winning artist. In striking black-and-white illustrations, Chabouté retells the story of the Great American Novel. Captain Ahab strikes out on a voyage, obsessively seeking revenge on the great white whale that took his leg. This hardcover edition collects both of the Vents d’Ouest volumes, printed in English for the first time.