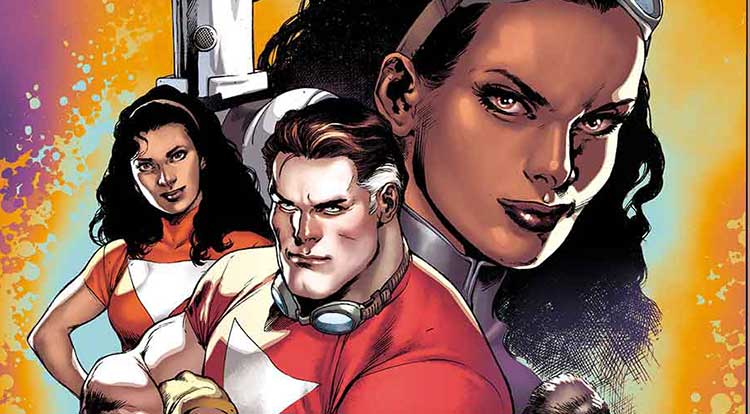 During the San Diego Comic Con, we were teased with a new team series called The Terrifics that includes Mister Terrific, Plastic Man, Phantom Girl, and Metamorpho, but there’s a whole new group coming to the team – The Strong Family.

The Terrifics, by Jeff Lemire, Ivan Reis, and Evan “Doc” Shaner, was announced this past summer, but during the New York Comic Con, it was revealed that Tom Strong and his family (Dhalua, Tesla, Pneuman, King Solomon) are also joining the series.

Sadly, no other word was given on the storyline, direction, or how America’s Best Comics’ characters get to be part of the DC Universe. I hope it has something to do with the Multiverse, ala the Earth-M announcement, but I have a feeling that isn’t going to happen. I’m sure the news has Alan Moore screaming in rage this morning.

Also announced during panel was an official rebranding of the Dark Matter line. Now it will be called “The New Age of DC Heroes,” complete with an official logo.

To my knowledge there have been no changes to the release schedule announced at the San Diego Comic Con.

DC has decided to keep the Milestone characters on Earth-M. Should the publisher do the same with America’s Best Comics, or should they be merged with the DCU like what is currently happening with Watchmen?