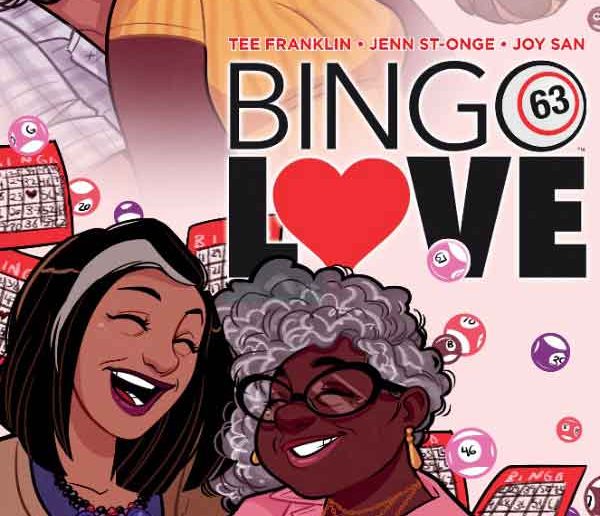 “As a woman who was married once upon a time, I understand how it is to come out as a Queer woman to my family,” said Franklin in a press release from Image Comics. “Bingo Love was important for me to create for the youth, the LGBTQ youth needs to understand that happily-ever-after’s aren’t only for straight people. If Disney’s Carl and Ellie can grow old together, so can Mari and Hazel.”

Hazel Johnson and Mari McCray are two young, Black girls who meet at church bingo in 1963 and eventually fall in love…but in this time period, their love was not accepted. Hazel and Mari are broken up by their families’ “shame” and go on to marry and have families of their own. Almost fifty years later—in the fever pitch of church bingo—Mari and Hazel are reunited and rediscover the love they have for each other, even though they both are still married.

Franklin, a Black, Queer, disabled woman, is credited for starting the popular hashtag: #BlackComicsMonth which aims to raise awareness of talented Black comic creators, and the characters and superheroes that already exist in the industry.

Bingo Love is scheduled to arrive in February 2018.