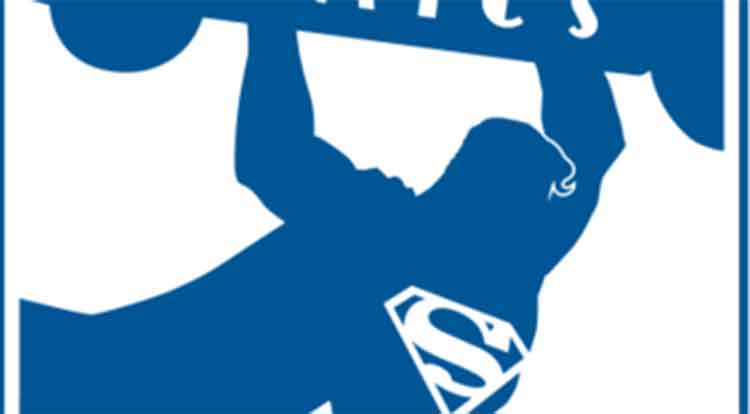 During DC’s “Meet the Publishers” panel at the New York Comic Con, Dan DiDio and Jim Lee announced plans for the big Action Comics #1000 release in 2018. Action Comics #1000 is scheduled to arrive in March 2018, and will have a number of special titles to tie into the event, including:

New hardcover book: Join us for an 80th anniversary celebration of the single most important comic in American history: ACTION COMICS #1 and the birth of Superman. Revisit classic stories from over the decades featuring the debuts of Superman, Supergirl, Brainiac, the Fortress of Solitude, the Human Target and so much more. Read Superman stories by generations of top writers and artists and enjoy sparkling essays from literary wizards who’ve won Pulitzers and become bestsellers, including Jules Feiffer. Plus, a historical essay by guest editor Paul Levitz, and all 1000 ACTION covers collected in a new poster. And as a bonus, an UNPUBLISHED 1940s Superman tale believed to be by Jerry Siegel and the Joe Shuster studio salvaged from the DC files fifty years ago and hidden away until now.

While comic books were around for years before Joe Shushter and Jerry Siegel, it wasn’t until 1938’s release of Action Comics #1 that ushered in what we consider the Golden Age of Comics. And, since this will be the 80th anniversary of Superman, it will also be a huge year for comics.

While comic books are part of the mainstream, I expect we’ll see copies of Action Comics #1000 hit the one million mark as consumers of all ages will rush out to buy a copy of this for their collection. Granted, it will never be a collector’s item, but the milestone for DC will be talked about in the months leading up to, and the months following the issue’s release. If local comic shops leverages this correctly, it can keep people coming back for the rest of the year as they explore comics they’ve never heard of – like Detective Comics, which is on track to hit issue #1000 in 2019. A double whammy of comic goodness.

I don’t believe in trickle down economics, but there is a great potential for Action Comics #1000 to give us the “rising tide lifts all ships” situation. This really depends on how other publishers embrace Superman in the closing months of 2017, and the early months of 2018. If publishers double down with their “DC sucks, and we’re better because we have a mega-crossover-franchise-movie-tie-in-event” the entire industry will suffer. But, if characters like Captain America, Spider-Man, and others step up with a promotional campaign to congratulate DC Comics on the milestones, it will not only create a feeling of good will between publishers, thus creating a united publishing front, it will also push those characters and publishers further into the public eye.

Providing Toys R Us doesn’t completely crash and burn before the end of the first quarter next year, toy sales and Superman merchandise should fly off the shelves, as we celebrate a year of Superman. And right next to the Superman action figures will be Batman, Wonder Woman, Flash, and every other CW property that has a statue, action figure and more. Just writing this article has me itching to add a giant Superman statue to my Nerd Room of Doom.

Funko, LEGO, Mattel, and Hot Topic could be rolling in the cash, providing everyone is acting right now. Toy companies and merch peddlers will be heavily pushing their wares to your LCS, and if your store isn’t covered in blue, red, and yellow in March, it is doing something wrong.

Warner Bros. can further capitalize with re-releases of Richard Donner’s Superman movies in 4K. Apple and WB are really pushing the 4K streaming release of Wonder Woman right now, and a remastered Blu-ray release of Superman: The Animated Series is a no-brainer. Though we have seen Superman appear on the Supergirl television series, is the character strong enough to helm his own live action show? Superman and the Legion of Super-Heroes perhaps? I think it might just happen in 2018.

Superman is one of the most recognized characters/symbols/properties in the world (Spider-Man, Batman are the other two), and if Action Comics #1000 can’t generate enough interest to shine a bigger, brighter spotlight on the comic book industry, and bump the industry above the billion dollar mark once again, then we might as well all give up and go home now. But I believe in Superman. Beyond the initial remarks made by DC Comics as the New York Comic Con, 2018 is going to be a big year for the comic book industry, and the marketing machine and tie-in merch, events, and more is going to be huge.

What are your thoughts and reactions to the Year of Superman? Will we see a surge of new comic book readers? Will DC and Warner Bros. pull it off, or will Action Comics #1000 come and go with nary a blip on the radar?