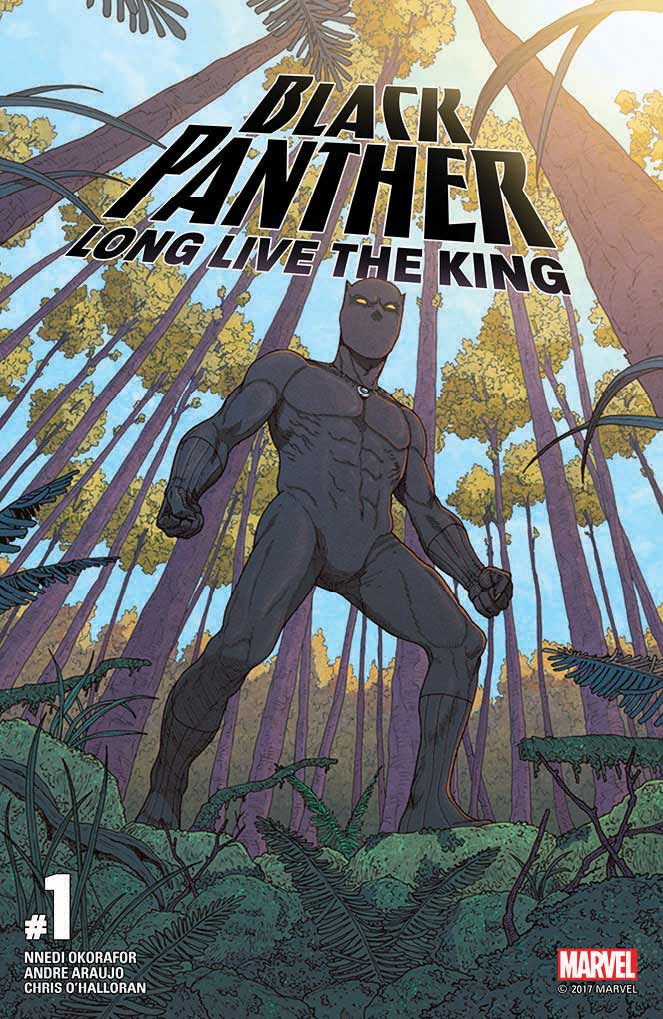 Black Panther arrives December 13th for $2.99 on comiXology and Kindle as part of the comiXology Originals line of exclusive digital content and will be available to current subscribers of the popular comiXology Unlimited service. New subscribers to comiXology Unlimited can also enjoy it for free as part of their 30-day free trial. Black Panther joins The Immortal Iron Fists and Thor Vs. Hulk: Champions of the Universe, with more exclusive Marvel series to be announced.

A perfect entry point for new fans and longtime readers alike, Black Panther: Long Live The King is an adventure set in the world of Ta-Nehisi Coates’ landmark Black Panther run and told in the Mighty Marvel Manner!  As the Black Panther and an Avenger, T’Challa has had to save the world time and again  but those duties pale in comparison to his responsibilities as king of Wakanda. As the nation rebuilds in the wake of revolution, T’Challa finds his people besieged by a massive monster tearing through the country, leaving a trail of destruction in its wake!

“Marvel Comic’s Immortal Iron Fists and Thor vs. Hulk: Champions of the Universe have been topping the charts on comiXology,” said Chip Mosher, comiXology’s Head of Content & Senior Director of Communications. “These digital exclusives, part of the ComiXology Originals line, continue to add value and interest to our comiXology Unlimited subscription service.”

About Marvel Entertainment
Marvel, a wholly-owned subsidiary of The Walt Disney Company, is one of the world’s most prominent character-based entertainment companies, built on a proven library of more than 8,000 characters featured in a variety of media over seventy-five years.  Marvel utilizes its character franchises in entertainment, licensing and publishing.
For more information visit marvel.com.
© 2017 MARVEL