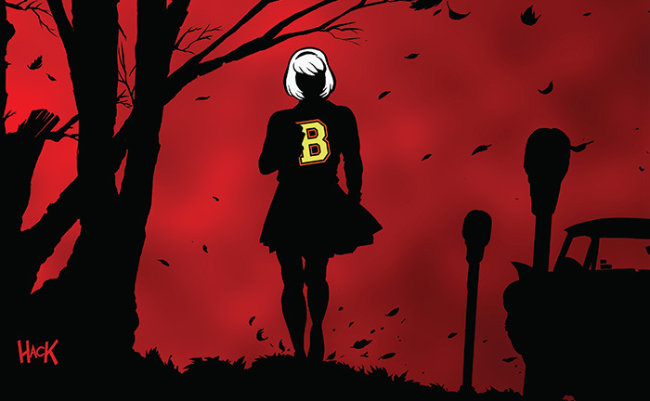 By Stephen Schleicher on September 21, 2017 2 Comments

With the massive success of The CW’s Riverdale series, it was only a matter of time before Sabrina the Teenage Witch got the go ahead from the network.

The best part about this news is The CW isn’t trying to reboot the Melissa Joan Hart series from the ’90s but instead are taking on The Chilling Adventures of Sabrina by Roberto Aguirre-Sacassa, the Chief Creative Officer at Archie Comics and showrunner of Riverdale. Aguirre-Sacassa will also produce the new series.

If you have read our reviews and listened to our commentary on The Chilling Adventures of Sabrina, you know this is a dark series that we love at Major Spoilers. That being said, The Chilling Adventures of Sabrina has only released eight issues to date, which means the world in the comics is relatively new. It’s not going to take very long for the television series to surpass the mythology of the comics.

The Chilling Adventures of Sabrina will be a one-hour dark drama/horror series slated for the 2018-2019 television season. More than likely it will run alongside Riverdale.

How excited are you about this announcement?