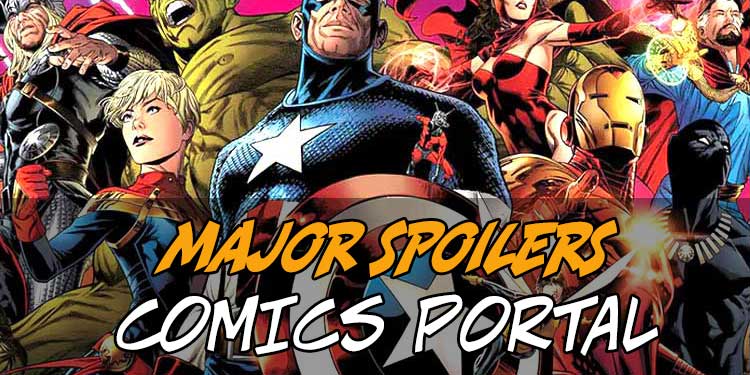 COMICS PORTAL: Does Marvel’s Future Lie in Its Past?

I’ve been intrigued by all the recent discussion about Marvel’s position in the marketplace and what’s the cause of the recent decline in sales.

I mean, it’s actually caught the attention of some more mainstream entertainment websites, and it’s been quite the back and forth about what the House of Ideas must do to keep moving ahead.

With Marvel’s Legacy underway, it seems that the company has concluded that its future can be found in its past.

WHEN MOVING AHEAD REQUIRES LOOKING BACK

One of the big topics of discussion has been that Marvel’s recent attempts at diversifying its line-up hasn’t worked out well – at least, if you consider it from a sales standpoint.

My brother buys the female Thor comic, for example. He’s intrigued by the concept that Jane Foster is dying from Cancer, and the hammer gives her brief respites from that ravaging disease.

As much as he’s faithful in buying the book, though, he misses the original Thor a lot. When whatever the final outcome will be for Jane takes place, he’s not all that interested in keeping up with the book… unless the first Odinson is worthy once again to use Mjorlnir.

So it’s a temporary fix at best. I’m reminded of when Dick Grayson took on the Batman cape and cowl while Bruce Wayne was thought to be dead. I never for one second thought his time as the Dark Knight was permanent.

The bad news is that many of Marvel’s main characters are in this kind of situation. A female Iron Man. Yet another guy who is Captain America, never mind there being two Steve Rogers’.

It all smacks of plugging holes in the dam, trying to keep the water from rushing in and destroying everything in its path.

And it’s not really working.

So Marvel apparently has decided to look back to their classic heroes to save the day, something they’ve always done! Here comes Marvel Legacy, pitting new versions against older ones, making it possible to bring back those heroes long considered classic.

I WISH I COULD SAY THIS WERE A SURPRISE

I’m really fascinated by the responses to all this. Many are upset that Marvel is even considering bringing back the “old guys” and giving them titles while considering relegating the “newer verisons” to the sidelines. After all, it’s time to move ahead, not look behind.

Now, I’m not going to even begin to talk about the “diversity” conflict taking place. In my opinion, if you tell good stories, people will flock to read them regardless of who is in the costume.

What does intrigue me is that there’s a lot of talk that it’s the stories themselves that are the problem. They just aren’t good enough to spend $3.99 a month on, never mind $4.99, some say.

As you can tell, I agree that if the stories rocked so much that word of mouth was extremely strong, I think sales would clearly improve. But some people have told me I talk about storytelling too much, but I keep hoping someone at the House of Ideas will hear this and get rid of the “illusion” of change and actually worry about telling stories that make us say to each other, “Wow, did you read the latest issue of (insert title here)? It was incredible!”

I’m trying to remember the last time I said that about a Marvel comic! Instead, it’s the other companies who get all the attention when it comes to gripping and interesting reading.

Granted, there are still some Mighty Marvel Marching Society folks who say that, but the rest of us have been underwhelmed for a long time. Hence the decrease in sales, I believe.

GETTING BACK TO BASICS

always like to point out that many of these heroes have been popular as long as they have because there’s something classic and basic in their appeal to comics readers. They work, after all, and I don’t believe that’s changed.

Now, if you want to make a NEW character that would put a different spin on things, I’m all for it! But with so many readers leaving comics behind, I think returning the classics by getting back to basics is the way to move ahead. I know, I know – It’s counter-intuitive. Moving ahead by going back to the past. I get it. But just because you bring back a classic character doesn’t mean you can never make a newer hero who takes a different path. Believe me, you can!

So as Marvel Legacy kicks into high gear, what do you think about this initiative? Should comic heroes from the past stay in the past? Or do you want to see the classic heroes make a comeback? Will you buy it, and which characters will you be rooting for? Whatever your opinions, be sure to share them in the space below!