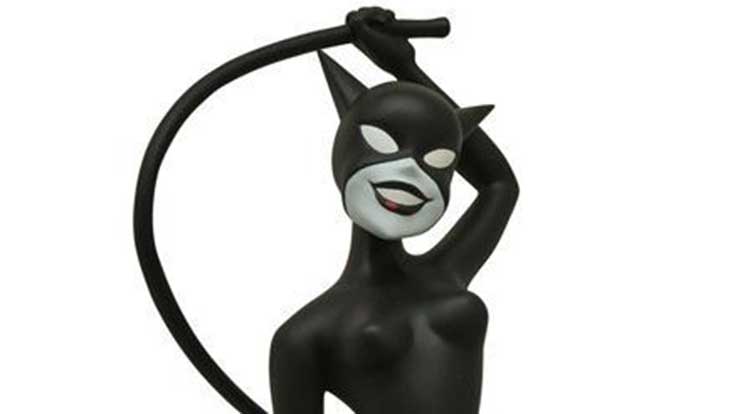 By Stephen Schleicher on September 15, 2017 0 Comments

When Batman: The Animated Series, got a new look and a new title in The New Batman Adventures, Catwoman got a whole new redesign as well. Diamond Select Toys has released a new statue based on that style. DC Gallery Batman New Adventures Catwoman PVC Diorama
A Diamond Select Toys Release! We’ve never been more excited for a black cat to cross our path! This black-costumed rendition of Catwoman is based on her drastically different appearance in the fourth season of Batman: The Animated Series (titled New Batman Adventures). Standing approximately 10 inches tall, this all-new sculpt shows off her darker, more dangerous look, with pale skin and wielding a whip. This PVC figure features detailed sculpting and paint applications, and comes packaged in a full-color window box. Sculpted by Varner Studios!

I was never a big fan of the “nearly dead” Batman Returns look that inspired the makeover, but plenty of fans did. The Batman: New Adventures Catwoman statue is available now for a suggested retail price of $45.00.