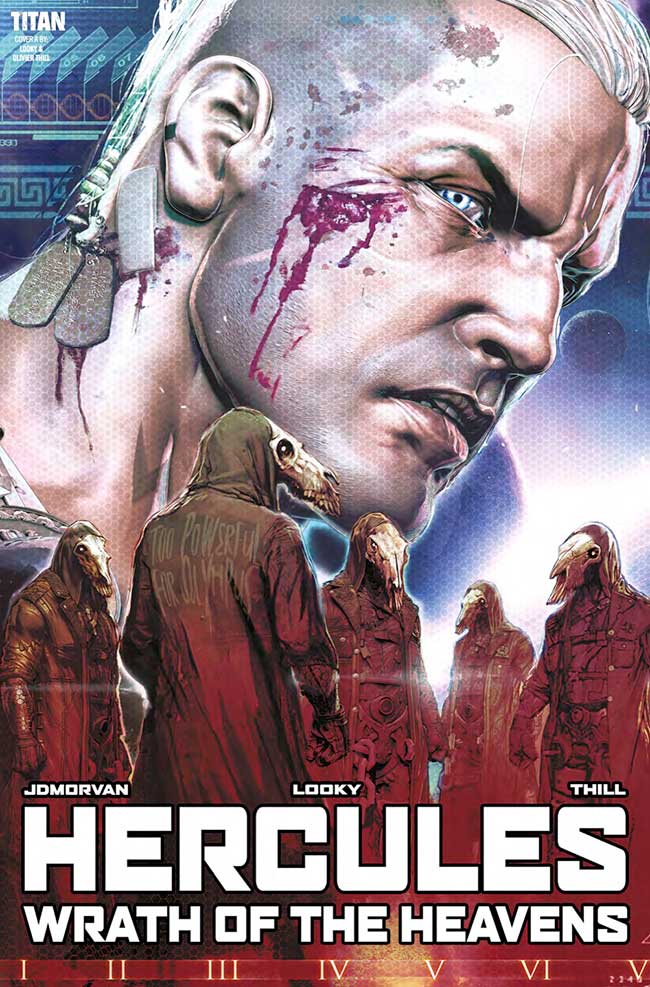 [Preview] Hercules: Wrath of the Heavens #2

​As punishment for murdering his family (while under the control of Hera), the Axiomatikos have ordered Hercules to Argolid where he is to perform 12 tasks in the service of Eurystheus. The First was to track down and destroy a man-eating “Lion”. The Beast was revealed to be a machine created by an alien refugee to harvest the organs of children in order to save his ailing wife. The journey continues as Hercules faces his second trial…