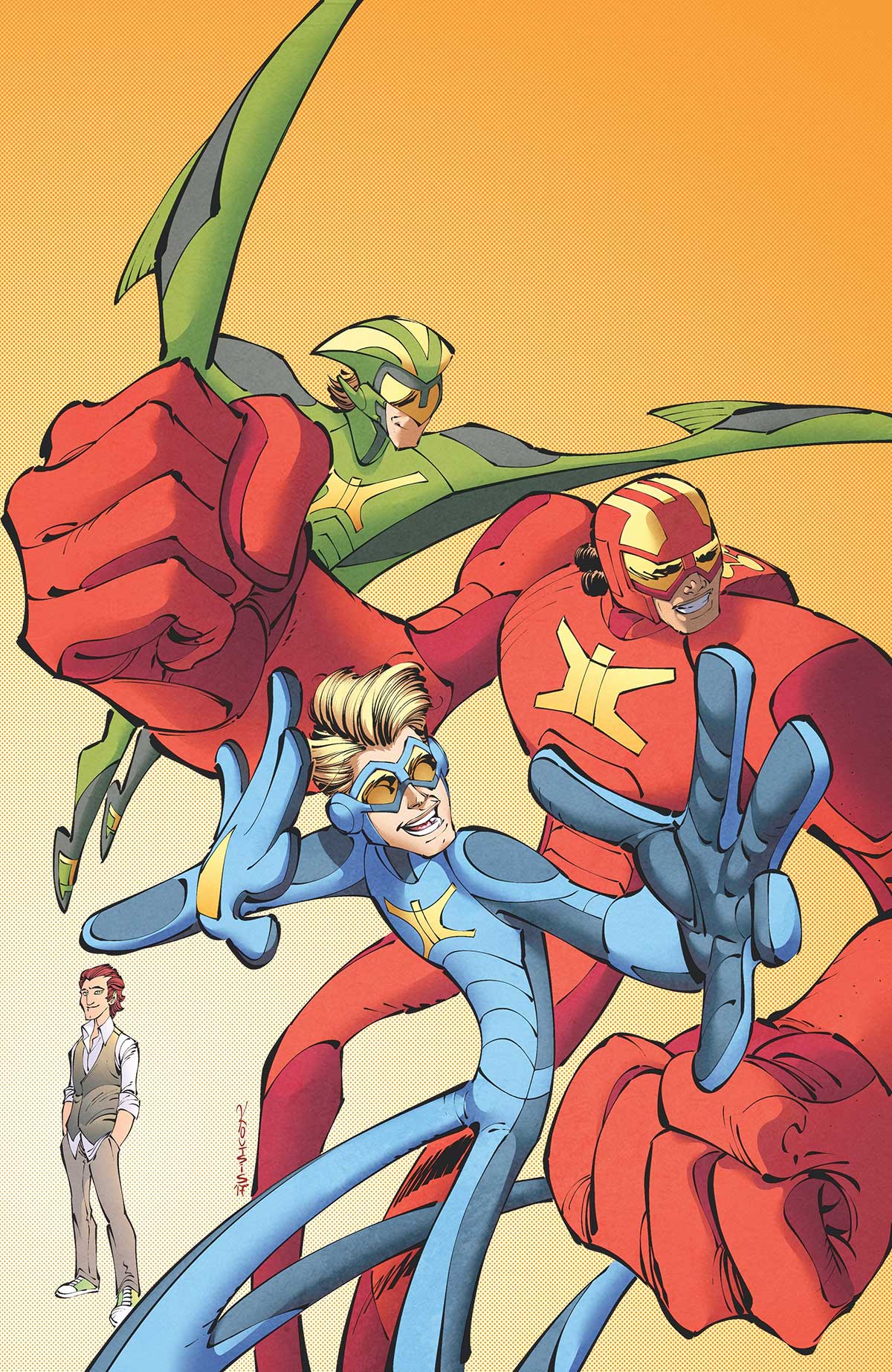 Based on the all-new Netflix animated series and inspired by the classic toy line, Stretch Armstrong and the Flex Fighters features Jake Armstrong, a teenage superhero who teams up with his high school friends after they are exposed to experimental chemicals that give them amazing powers. Along with his partners Ricardo Perez, AKA Omni-Mass, and Nathan Park, AKA Wingspan, they’re a diverse group of heroes who attend high school by day and fight crime by night in the futuristic Charter City!

“We’re so excited to bring STRETCH ARMSTRONG into comics with IDW,” says Burke. “Our teen superhero TV series is very much influenced by classic comics, so Stretch Armstrong and the Flex Fighters having their own monthly print adventures feels like a perfect fit.”

“We’re carefully designing the STRETCH ARMSTRONG comic book stories to work as ‘stand alones’ for people who haven’t seen the Netflix series yet, but to also reward viewers of the show with more depth on their favorite characters,” says Wyatt. “We’re having a blast writing these issues.”

The forthcoming comic book series will take place during the events of this fall’s debut season of the Stretch Armstrong and the Flex Fighters animated series. Fans who pick up the comic series will get an early glimpse at a new villain introduced in the comics before making its broadcast debut, laying the groundwork for more adventures to come! It wouldn’t be a stretch to say Stretch Armstrong and the Flex Fighters #1 will be available in print and digital January 2018.