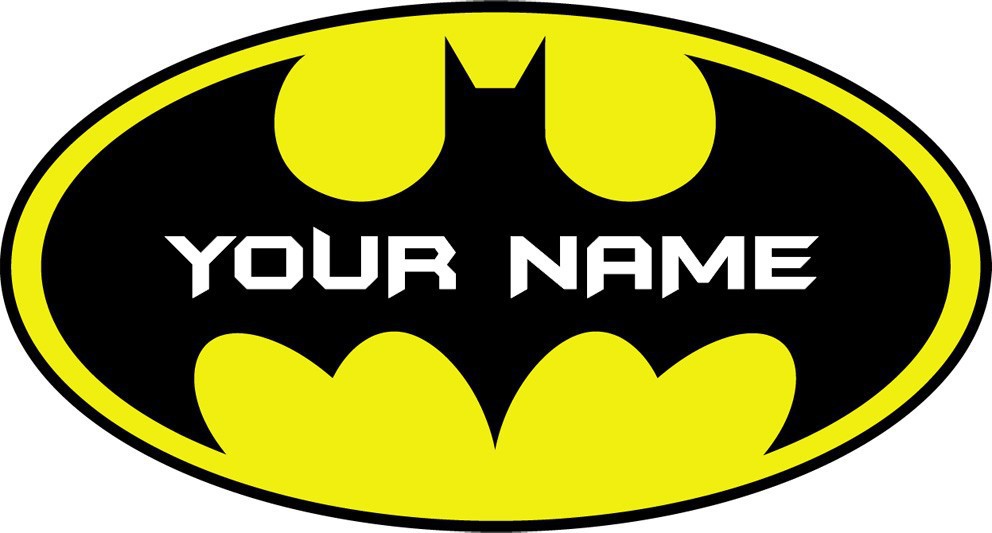 Two of the things that attracted me to comic books were the names of characters as well as what they looked like.

Of course, on paper and in my head, things made perfect sense. Having a name and a look that was NOT how you ordinarily  presented yourself was actually pretty cool, I thought.

Now, I’ve never used an alias or worn a costume (except for a brief time in my pre-teens when I wore a cape around the neighborhood), but it seemed exotic and something beyond the scope of my life, so I loved the thought of such!

These days, however, such things have largely fallen out of fashion. Rats.

WHAT DID YOU JUST CALL ME? I understand the need to have a secret identity. After all, your opponents could track you down pretty easily (especially these days) and threaten you and/or your family/friends. I absolutely thought that keeping some things hidden was completely necessary.

I also liked what people often chose for names. For instance, my favorite was Batman. Adding “man,” “woman,” “boy” or “girl” to a noun was easy and gave you a totally new personality, it seemed. Batman originally was very much a true creature of the night, complete with gun.

There are plenty of good examples of this. Spider-Man, Catman, and Wonder Man all evoke feelings and expectations I buy into.

But one time I counted in the recent Batman movies how many times he was called by that name during the story. Many movies it happened zero to one time only. They avoided his moniker like crazy.

I understand the rationale behind all this. After all, people not into comics find the codename “Batman” to be silly and juvenile. In order to get the folks who don’t care for this to hand over their hard-earned shekels, you’ve got to get read of as much “silly” as you can.

Then, too, Green Arrow, Blue Beetle and Red Robin all get ridiculed as well. What does the color have to do with anything, some of my friends say? It’s just a waste of a word!

Single-word codenames are big these days. Punisher, Azrael, Beast, things like that… THAT’s what people want now. I get it… they sound menacing or concise.

Hey, you can even have two Hawkeyes in one comic!

COSTUMES WERE ALL THE RAGE I get concerned when certain among us dress up in costumes that, shall we say, accentuate the positive. I’ve seen too many Superman-alikes who, like me, are “too jolly” to wear tight-fitting uniforms. They don’t seem all that super.

When DC started their New 52, Jim Lee made all the uniforms of their main heroes into armor. I mean, I can see that, given the proliferation of guns these days.

But I liked it when Superman was wearing a costume made from the blanket he had with him when he was sent from Krypton. Not knowing who Batman was pretty much made him menacing enough to me. Spandex looked cool on the printed page, after all.

I enjoyed the fact that Hal Jordan’s identity wasn’t all that secret in the Green Lantern movie. When you get up close to someone you know intimately, well, you’re going to be recognized pretty often.

THE POINT OF IT ALL

It’s just that heroes were meant to stand out! They weren’t supposed to blend into the background.

Granted, I still like Batman wearing black and grey instead of blue and grey. That has more to do with what the character does than what he wears. Also, as much as I admired Adam West, blue and grey just makes me think of a shark trying to swallow his leg or him trying to get rid of a bomb. Ah, well…

It’s important to point out that the printed page requires a lot more imagination than the visuals of the small or large screen. The latter makes us feel like we’re really involved in a situation that we can happen upon in our daily lives. The former makes us “fall into” another world, as Frank Miller might say.

I have a friend who dislikes Alex Ross’s art because it is “too real.” He wants that “out of body” experience that a comic gives him. When it comes to the TV or movies, well, that’s different!

What always counts to me is, how well does it work? When I look at Batman, does it transport me into the story? Or does it feel odd and out of place?

Also, when someone calls him Batman, does it feel appropriate for the situation? Or not? Honestly, I think he’s called Batman to his face too many times. It’s better and means more when that happens less.

It just depends! But I fear that the industry continues to move farther and farther away from what I consider “heroic” names and appearances to more “realistic” versions.

What do you think about character code names and costumes? Should comic heroes have names that work well on the TV or in the movies? Or do you want to see Superman in spandex instead of armor? Whatever your opinions, be sure to share them in the space below!