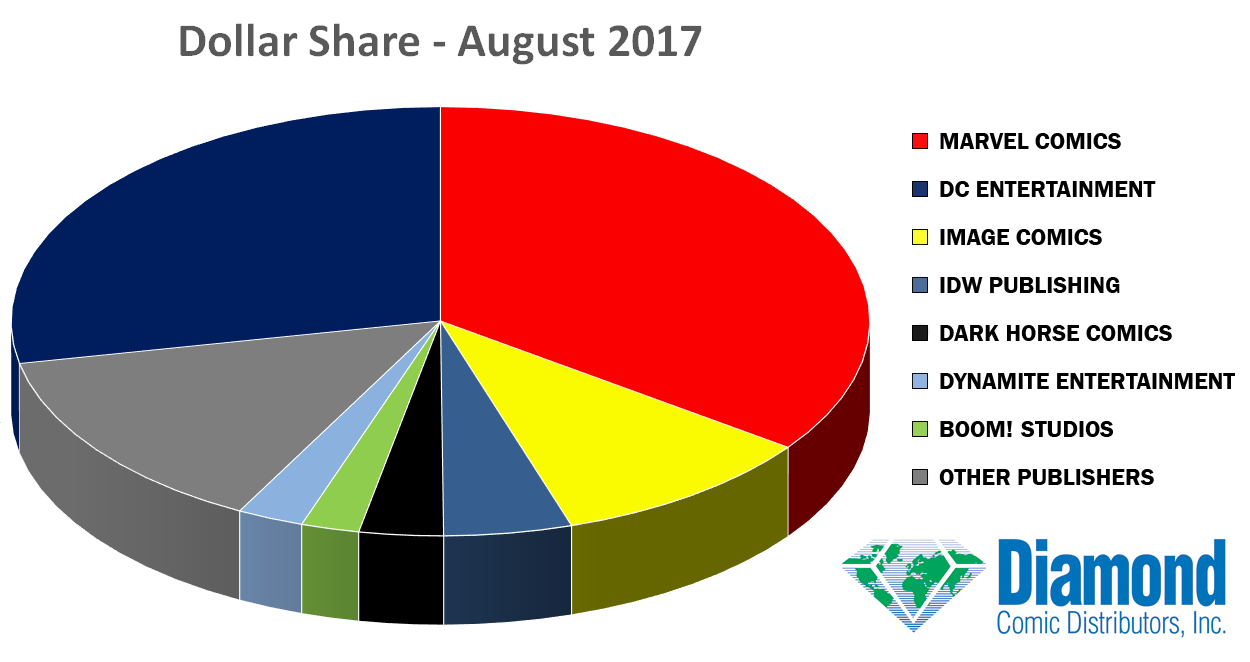 Dark Nights: Metal #1 sold enough copies in August 2017 for it to claim the number one spot in direct comic sales.

While DC was able to nab the top three spots for the month, the information we are all interested in relates to actual sales data. According to Diamond Comic Distributors, sales were up 9.56% over July, but sales of individual comics slipped over 25% compared to August 2016.  That is a huge drop in sales, which is probably why the year to date sales for 2017 is down 9.94% compared to 2016.

Don’t worry, the sky isn’t falling. There isn’t an imminent collapse of the comic book industry – we still don’t know how digital sales impact individual direct market sales. With fewer comics sold in 2017 compared to 2016, we may just be looking at a publishing trend where the focus is moving away from releasing as much content as possible and seeing what sticks to releasing content that the publishers know sell. While this is happening, it does have an impact in the amount of money being brought in.

I’ll let you cast the bones and divine what the data means, but I see this as yet another course correction in an industry that is trying to keep IPs alive while secondary markets bring in the money.