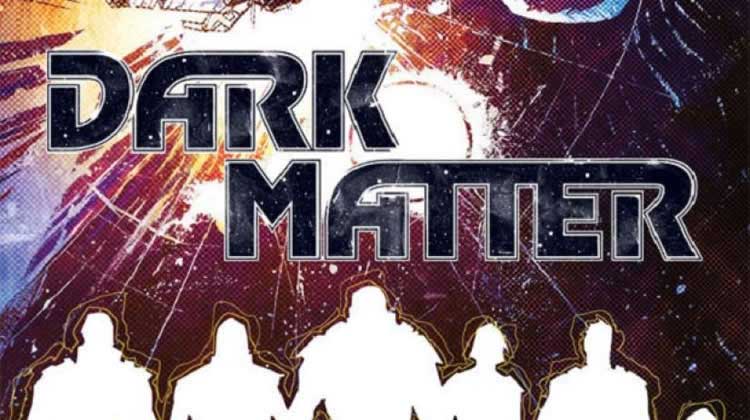 It’s Labor Day, and that often means the end of Summer to many of us. I know, I know – many of you are already back at school, but when I grew up, the day after Labor Day was always the first day of school. (Yes, I’m that old!)

However, with the advent of the Internet and the endless news cycle, we also can’t escape the unceasing flow of information, including the news that I came across on Friday night that a favorite Syfy show of mine, Dark Matter, has been cancelled after three seasons. Rats.

This made me think about how I react when many of my favorite comics are cancelled, so I thought I’d share some thoughts on that today, a day off for many of us.

WHERE DID MY BOOK GO? While the Internet is a place where many of us find out things we want to learn as well as what we don’t necessarily want to find out, I think it’s interesting that many comics simply disappear from the shelves in local comics shops. I mean, nary a word is said before they’re gone.

On some levels, I was happy a couple of years back when I learned that Marvel’s The Black Knight was being cancelled after five issues. I mean, I’ve loved that character literally for decades, and I appreciated that he was given a new series, but I was heartbroken that he wouldn’t be around any longer. (Let’s face it – The Black Knight isn’t going to be featured in another, more popular title. He’s often considered an albatross who will only drag the other series down, at this point.)

On the other hand, at least I knew! What if I had been looking for months with no sign of the book, only to be told by the person behind the counter at the store, “Oh, they cancelled that book months ago!” This has happened to me several times in the past, sadly.

I don’t know how many companies do this, but I have seen Marvel function this way. Suddenly in their Preview book, a series can’t be found. Well, I think, maybe it just fell behind and needed a month off. Yeah, right!

I check next month. Not there again. At that point, I’ve seen this happen enough to where I get to my computer and Google the series, only to find a teensy mention in a long news release that said book was halted. Double rats!

I guess the notion is that we’ll keep looking for it in the Marvel stuff, and if we don’t see it, well, we just might pick up another Marvel to take its place.

I never react this way. I get frustrated and unhappy, and find another company to look through. But that’s just me.

WHERE DID MY HERO GO?

I’ll stick with Black Knight for a bit because he’s been run through the wringer several times, often re-appearing as someone unrecognizable to his fans.

I remember when the hero appeared in the Black Panther series as a Christian evangelist of some sort. “Become a Christian or die!” seemed to be his motto. Now, TBK had NEVER even said a word about being a religious kind of guy in any Marvel appearance in the past, so I was repulsed to see this happen to him. If you need someone to bring this activity to life, by all means, make a NEW character rather than bastardizing a known one in this way.

Fortunately, few if any comics readers even remember this incarnation, so in that way, I’m happy.

Speaking of which, bring this guy back, okay, Marvel?

WHAT DO I DO NOW? Back to losing a favorite character again! Even when a hero I’ve admired has faded away for a time, I haven’t stopped being a fan of him or her. I just have to look harder to find that person again. But I do keep looking.

What I often do in this kind of circumstance is try to replace the book I’ve lost with another good one. I’ll ask friends, I’ll ask the persons behind the counters, I’ll check online. I ask, What’s good, what should I be reading that I’m not?

I’ll still grieve for a while. It’s a loss to me, after all. But given my ability to attach myself to lower-tier heroes and love them like others do Spider-Man, I’ve encountered this sense of loss quite a bit in my days.

I’ve often shared the story of how I came across The Walking Dead. I had extra money one weekend and asked a store owner to recommend something. I’m glad I did that because now I’m a fan of that series and show! Turn a loss into a gain!

By the way, do remember that Dark Matter was based on a four-part comic series published by Dark Horse. I loved that miniseries a lot, so I was thrilled to hear it was coming to Syfy.

So, I’m left with choices to make regarding Dark Matter. Do I forget the show ever aired? Do I hope they’ll wrap things up in a comics miniseries? What will take place next?

There have been some excellent comics that have followed up on TV shows that died before their times, including Buffy the Vampire Slayer and several members of the Stargate franchise. We may not enjoy Dark Matter on the small screen any longer, but it could return to its roots to wrap up a complex and totally enjoyable show in a satisfying way!

And by the way, Syfy – I’ve got my eye on you! Just as Cartoon Network did to me when it cancelled Green Lantern: The Animated Series and Beware the Batman, you may find my remote going to your channel less and less over the next few years. Netflix, hey, pay attention here! You might pick up a new fandom!

What do you think about comics that just disappear from the shelves? Good move, bad one? Is this a practice that is good for the comics industry? Whatever your opinions, be sure to share them in the space below!