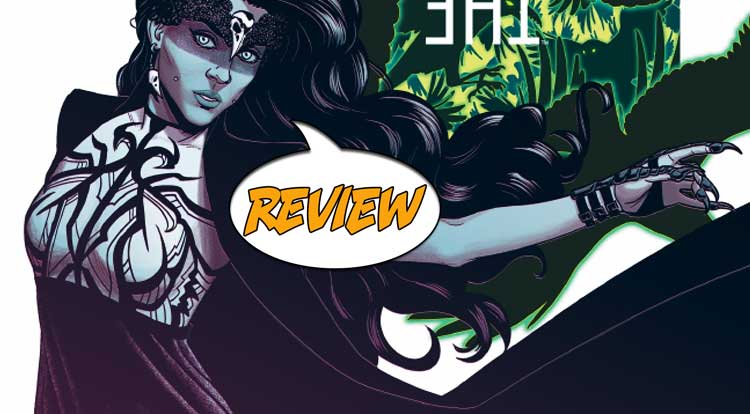 The Wicked + The Divine #30 Review

By Matthew Peterson on September 2, 2017 0 Comments

So, um… The Great Darkness is here.  And literally no one knows what to do, since the actions of the pantheon actually caused the whole mess.  Your Major Spoilers review of Red Hood And The Outlaws Annual #2 awaits! Her secrets uncovered, Ananke claimed to have been killing gods to avert “The Great Darkness” for thousands of years, before being murdered by Persephone to avenge her family.  The gods covered it up.  Enter, stage right, The Great Darkness.  The gods failed to agree on what to do.  Everyone went off the rails.  Sakhmet murdered a bunch of people in a moment of pique.  No one can find her, but she’s hiding at Persephone’s squat in the Underworld…”

IT’S ALL ABOUT RELATIONSHIPS

The best issues of this comic are the ones where everything is about conversations, and this is one of those.  We open with a desperate plan to beat back the darkness, as Woden and The Norns have put aside their enmity to design a…  I don’t know, a sort of amplifier?  Whatever it is, it’s dependent upon Dionysius and his followers to power it, and Dio is trapped in the underworld by the increasingly unstable Morrigan, while Baphomet refuses to accept that his relationship is abusive.  Amaterasu, Baal and Minerva are searching for Sakhmet, who has gone underground (or underworld) with Persephone, having decided to spend their final days screwing rather than dealing with anything that might be hard.

It’s clear that these characters are completely ill-suited to save the world from anything, or even to save themselves from their foolish, destructive behaviors.  (Of course, that’s always been half the fun of this book.)  With the focus on interpersonal conflict, it’s a wonderful showcase for Gillen’s dialogue, whether it be the various dialects of Morrigan or Woden’s hysterical moment of “adding surveillance” to his fellow gods trinkets (he took them in the other room and waiting just long enough that they wouldn’t realize that he already had surveillance gear on them.  McKelvie’s art also gets a workout, showing complex facial expressions that many working artists couldn’t even come close to replicating, especially the fear and shame and sadness that seems to run through these doomed young people…

It’s really hard to review this comic, because the creative team is so locked in, so perfectly matched and so skilled at doing what they do that it turns into nothing but gushing, but there’s a lot of great stuff in here as we build to what is likely to be a huge failure on the part of the pantheon.  The Wicked + The Divine #30 also included one of Kieron’s terrible puns in dialogue, but it stays so in character that I can forgive it, leaving the book with a well-deserved 4.5 out of 5 stars overall.  I’m really wondering where they can go from here, and hope that at least part of the cast gets their stuff together soon…

Things are getting intense in the underworld, and maybe a great evil can be laid low? Maybe? If everyone has a rare moment of getting their $#!+ together?