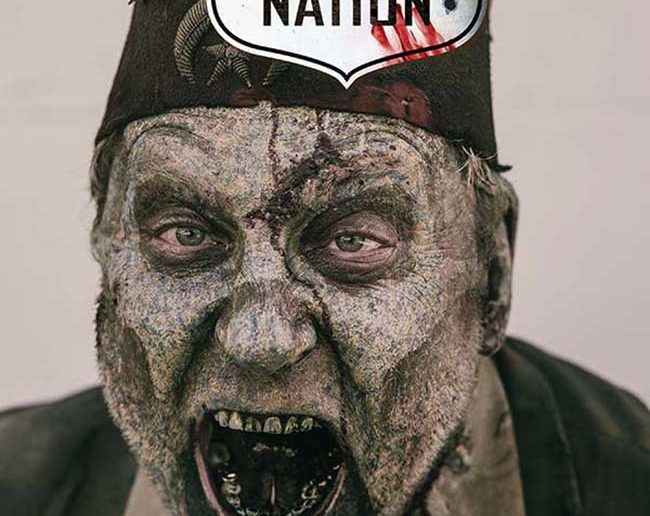 Z Nation #5
writers: Craig Engler, Fred Van Lente
artist: Edu Menna
covers: Denis Medri (A), Lucio Parrillo (B)
Photo Variant (C), Denis Medri (RI-Virg)
Lucio Parrillo (RI-Virg)
FC • 32 pages • $3.99 • Mature
The Empress of the Seas is capsized by a crazed zombie whale, leaving our heroes Specialist Israel Johnson and Private Edie Cutler in the middle of their own zombie-filled Poseidon Adventure. And even if they can free themselves from the upside down ship and stay out of the clutches of the evil Captain and his Crew, they’ll still have to find a way to salvage the food substitute Soylent Z and bring it back to the starving survivors at Fort Benning.
Featuring Z Nation’s signature blend of horror, humor and heart, Sea of Death is a six-issue miniseries from acclaimed writer Fred Van Lente and Craig Engler, based on the long running series Z Nation created by Karl Schaefer and Craig Engler. 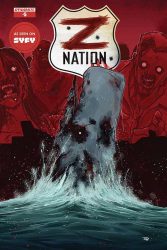 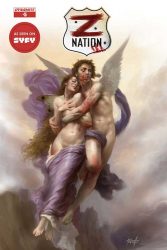 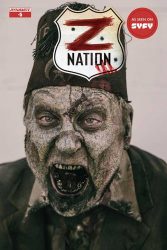 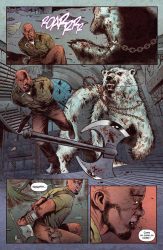 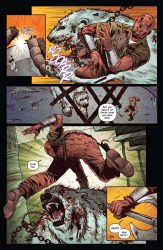 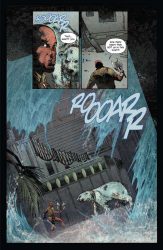 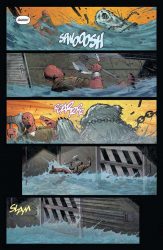 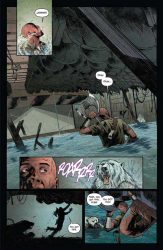 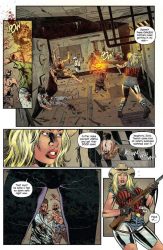 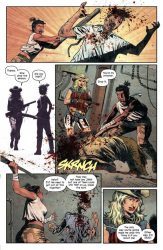