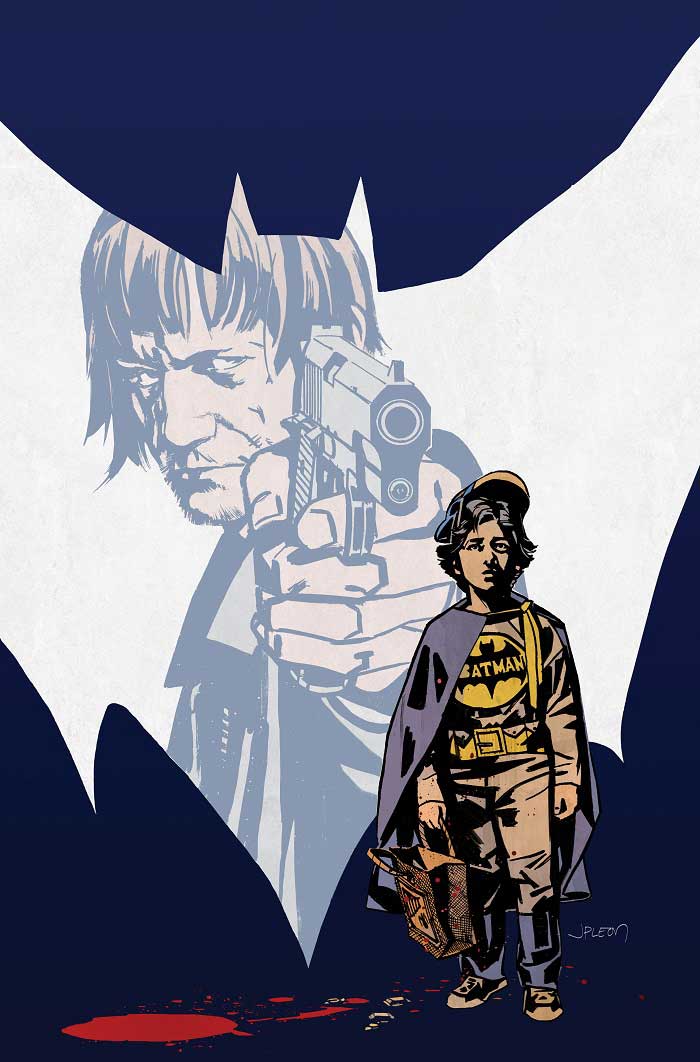 If you can’t get enough Batman (and really, who can?), DC Comics launches Batman: Creature of the Night in November.

The four-issue mini-series written by Kurt Busiek with art by John Paul Leon.

Every Batman fan has dreamed of becoming the Dark Knight—putting on the cowl, firing up the Batmobile and heading out to take on the Joker. However, we’d imagine that very few of them have dreamed about being Bruce Wayne as a child. While having your own Batcave and hanging with the Justice League would be fun, the important tragedy it took for Bruce Wayne to get there is often overlooked.

Bruce Wainwright is a comic book-reading kid whose obsession with the Caped Crusader leads him to some very dark places which he must ultimately confront when his parents are murdered after walking in on a robbery. It’s a story about loss and confronting your inner demons in the face of that loss that takes a turn towards the unusual when a familiar-looking crimefighter begins to appear on the city streets.

This is a non-continuity story, that will be delivered in a prestige format.

If this seems a little like Superman: Secret Identity to you, it is no coincidence as DC is billing this as the “spiritual companion” to the series from 2004.