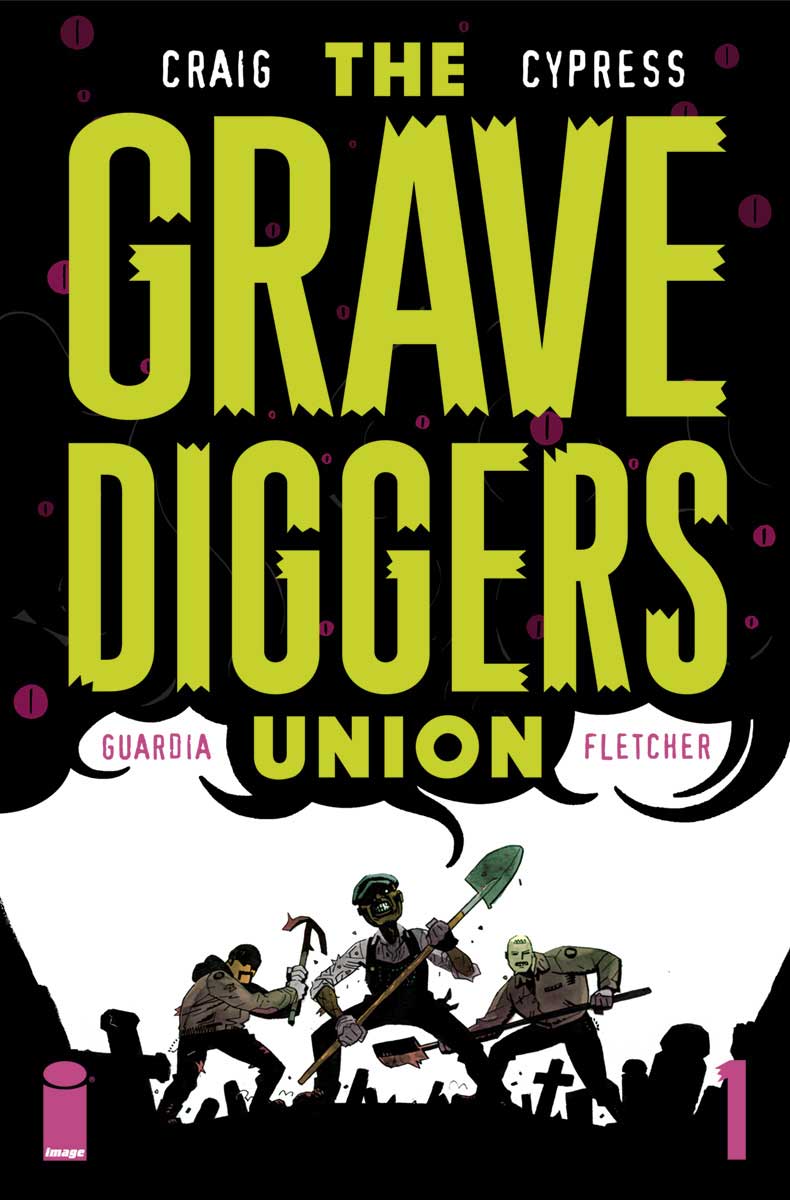 Image Comics is ready to unleash a new horror story on the world with The Gravediggers Union.

The Gravediggers Union is the story of Cole, Ortiz, and Haley, three members of a brotherhood who bury the dead in the day and make sure they stay buried at night. The supernatural world has gone haywire, and it’s all tied to a powerful cult called The Black Temple. They want to unleash ancient dark gods and bring about the end of mankind. At the centre of their plan is Morgan, prophet of the coming apocalypse and Cole’s estranged daughter. Can Cole save his daughter? Can the Gravediggers save mankind? And do we even deserve to be saved?

The Gravediggers Union is written by Wes Craig with art by Toby Cypress.

“With The Gravediggers Union, I tried to create an environmental horror story that mixes E.C Comics, H.P. Lovecraft’s horror, and a lot of dark humour,” said Craig. “I’m so proud of what we’re creating, and what Toby, Niko, and Jared are doing together is some of the most original looking comics I’ve ever seen.” The Gravediggers Union #1 is scheduled to arrive on November 1, 2017.