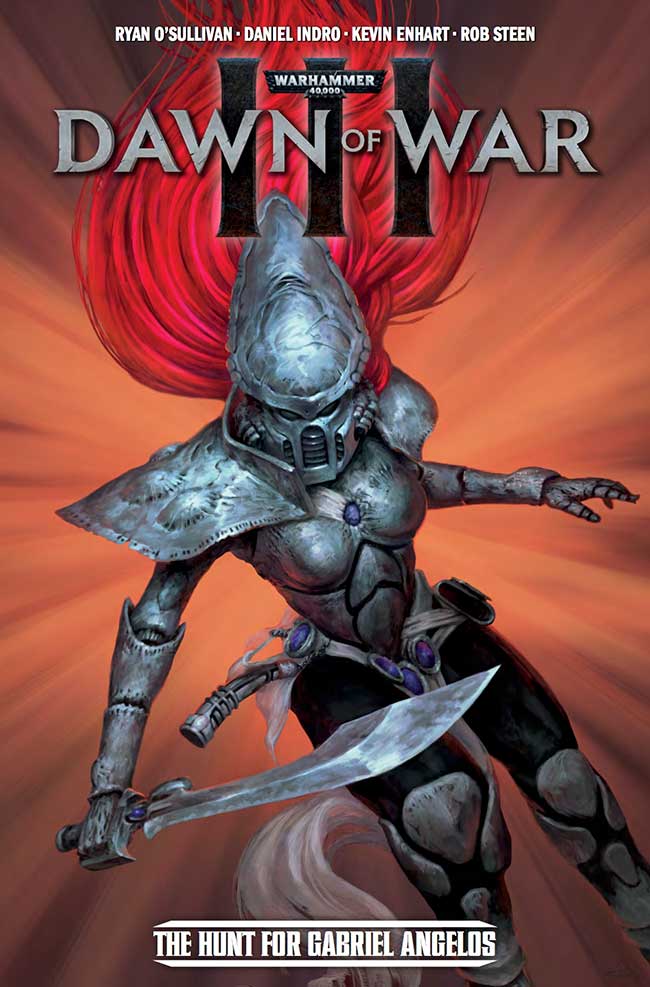 WARHAMMER 40,000 DAWN OF WAR III #2
Writer: Ryan O’Sullivan
Artist: Daniel Indro
Cover A: Orjan Svendsen
Cover B: Fabio Listrani
Cover C: David Sondred
Cover D: Nick Percival
FC – 32pp – $3.99
In their search for Gabriel Angelos, Sergeants Olivarr and Tarkus, along with the Blood Ravens, have been struck down and their Thunderhawk was badly damaged. Having to move on foot, the Blood Ravens find themselves ambushed by Eldar.

After a victorious battle, the Ravens find an injured Cyrus who informs them that the Chapter Master has disappeared into the catacombs. They make their way there, unaware they’re being observed and followed by a formidable enemy…