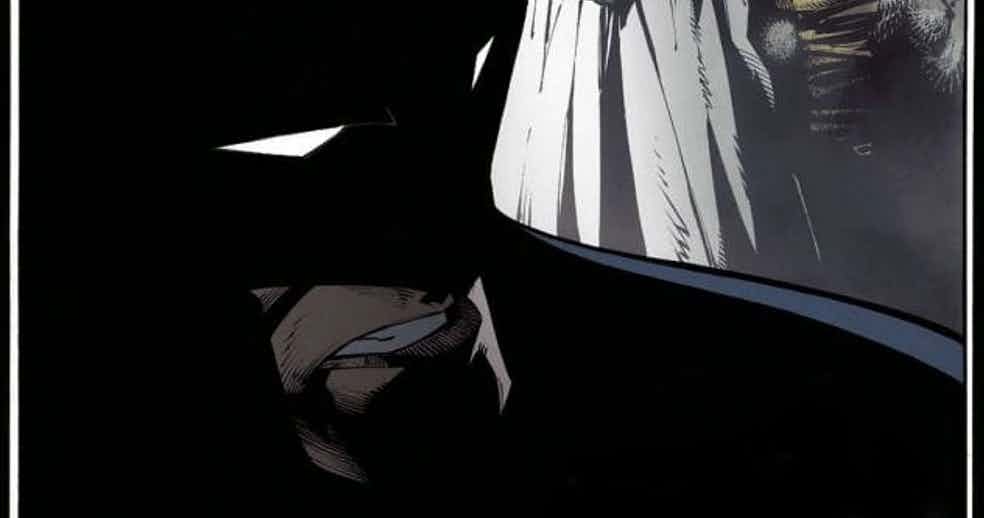 Let’s talk about that final page in Dark Night: Metal #1 – NOT A REVIEW

Dark Night: Metal #1 arrives in stores on Wednesday, but already a couple of sites – including The Washington Post – have spoiled the big end reveal to the issue. While we are not allowed to review the book until Wednesday, let’s talk about that final page.

At the end of the issue, Batman’s quest for Nth metal – something that was already discussed in previous Metal tie-in issues, reveals Neil Gaiman’s Dream will be involved in the series.

Snyder was preparing to take DC’s heroes to a place they’d never been before, and there was a character in Gaiman’s classic Vertigo Comics series, “The Sandman,” that Snyder thought would be the perfect guide into the unknown: Dream. So Snyder asked Gaiman for his permission to use Dream in “Dark Nights: Metal.”

But why would Daniel be connected to the Dark Multiverse and Nth metal? Perhaps the answer lies in the Dream Helm. In the Sandman continuity, the Dream Helm was made from the bones of a dead god.  While that may be true in Gaiman’s opus, it sure does look like an homage to the Golden Age Sandman, and perhaps there is something else going on there. Could the Dream Helm be crafted from bits of Nth metal?

Among the unusual properties of Nth metal is the ability to negate gravity, allowing a person wearing an object made of Nth metal, such as a belt, to fly. In addition, Nth metal also protects the wearer from the elements and speeds the healing of wounds,[2] increases their strength, and protects them from extremes in temperature. It has many other properties that have yet to be revealed in full. It has been implied that the apparently “magical” abilities of the Thanagarian supervillain, Onimar Synn, all stem from his unique mastery of the properties of Nth metal.

“[Dream] has some very key moments that spin the story in its essential directions,” Snyder told the Post. “At the same time, [Metal] really is a Justice League story focused on their discovery of the Dark Multiverse and the invasion with these evil Batmen [now]here and the desperate attempt to stop that using Nth Metal.”

Again, I can’t review Dark Night: Metal #1 until Wednesday, but I can say that Scott Snyder is really diving into the last 40 years or so of DC Continity (maybe more considering five other characters that appear in the book), and I can’t wait to see where this series goes. While Hawkman continuity has been all over the place, perhaps Nth metal will be the key to making sense (or making an excuse) for everything we’ve read since 1986.

Dark Night: Metal #1 arrives on Wednesday, but if you look around, MOST of the issue has already been published online (on legit sites), as a “preview of the series.”