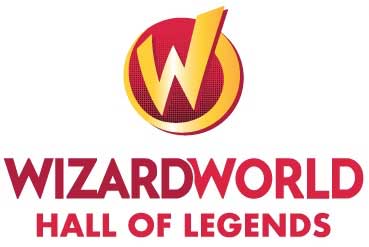 Guy Gilchrist, who has drawn the iconic “Nancy” comic strip since 1995, was today named the fifth honoree in the Wizard World Hall of Legends, a new initiative to celebrate the artists, writers and insiders who have built the industry and those who continue the traditions. Gilchrist will receive the award at a ceremony at Wizard World Comic Con Nashville on Friday, September 8, at 7 p.m. on the main entertainment stage at the Music City Center.

At the age of 24, Guy was hand-selected to create Jim Henson’s Muppets comic strip, which was printed worldwide in 660-plus newspapers daily from 1981 to 1986. Throughout the years, he has set his hand to such beloved properties as “Teenage Mutant Ninja Turtles,” “Looney Tunes,” “Tom & Jerry,” “Tiny Toons,” “Jim Henson’s Fraggle Rock,” “The Pink Panther” and “Minnie Mouse,” and was instrumental in the creation of “The Muppet Babies.”

Guy’s iconic “Muppets” artwork was enshrined in the Smithsonian Institute in Washington, D.C., as symbolic of a National Treasure in 1984 after he was Guest of Honor at the White House.

This year marks Gilchrist’s twenty-second year drawing Nancy, her Aunt Fritzi, and of course….Sluggo. Syndicated internationally in 80 countries and some 400 newspapers, “Nancy” has a viewership of 57 million readers around the world.

A strong supporter of charities and children, Gilchrist has been honored for his contributions by Vanderbilt Hospital, St. Jude Children’s Research Hospital, Hartford Children’s Medical Center, Shriners Hospitals, and The Angelus. An active supporter and voice for the military and veterans’ causes, Gilchrist has been honored by the armed forces and veterans organizations for his support and work.

”I am touched to have been selected by Wizard World to join the distinguished list of honorees,” said Gilchrist. “I am especially gratified that I am able to receive this honor in my hometown.”

“Guy Gilchrist is a worthy and strong addition to the Wizard World Hall of Legends,” said John D. Maatta, Wizard World President and CEO. “He has thrilled millions with his work on huge franchises like The Muppets and Nancy, and he has shown a deep commitment to children’s causes and charities.”

The Wizard World Hall of Legends initiative, which will honor one or more figures from the comics world at each convention, is one in a series of enhancements that Wizard World is making in the comics area. Artist Alley in Nashville features a standout lineup of creators, including Gerhard (“Cerebus”), Arthur Suydam (“Marvel Zombies,” “The Walking Dead”), Joe Casey (“Ben 10,” “Generator Rex”), Tom Bancroft (“Mulan,” “Beauty and the Beast”), James O’Barr (“The Crow”), Alex de Campi (“No Mercy,” “Archie vs. Predator”), Steve Geiger (“Punisher,” “Spider-Man”), Phil Ortiz (“The Simpsons,” “Muppet Babies”), Tom Cook (“Masters of the Universe,” “Smurfs”), Kurt Lehner (“Gargoyles,” “Marvel Action Hour”) and many others.

Wizard World Comic Con Nashville is also the place for cosplay, with fans young and old showing off their best costumes throughout the event. Fans dressed as every imaginable character – and some never before dreamed – will roam the convention floor and participate in the famed Wizard World Costume Contest on Saturday evening.

For more on the 2017 Wizard World Nashville, visit http://wizd.me/NashvillePR.