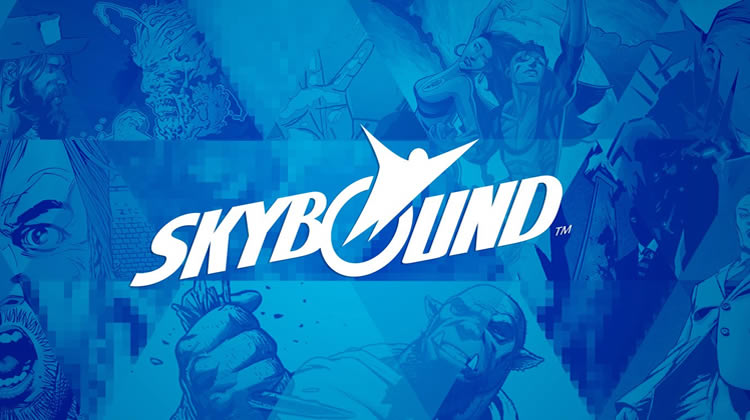 A lot of people on the Internet are talking about the interesting recent news that Robert Kirkman is taking his intellectual properties under Skybound from cable channel AMC to Amazon Prime.

This means that any new property from the Big Kahuna behind The Walking Dead will be run past Amazon first. If they pass on it, AMC and others will have their chance. I would recommend you don’t hold your breath waiting for that to happen, though.

For those who came in late, Amazon Prime is that mega-company’s answer to Netflix, providing established TV shows and movies as well as – and this is the critical part – new content. That’s where the big money is!

FIRST, WHAT ABOUT ‘WALKING DEAD?’ Honestly, I couldn’t find any answers for either of those questions. Perhaps one of you in-the-know readers will be able to supply what’s happening in those circumstances.

I wonder about the comics because, as influential as Image Comics has been, Amazon has their own comics company called Jet Comics. I’ve enjoyed many of their offerings, including King from Joshua Fialkov and the reprints of Hedge Knight from the Dabel Brothers.

Let’s face it, though – Jet Comics is hardly a household name like Image. I’m sure Jeff Bezos, one of the richest men in the world (if not THE richest) and owner of Amazon, would LOVE to shift the popular comic to Jet as well as having other future Kirkman projects there. That would be a HUGE boost for Jet, and would likely make it a contender in the industry, a status it has yet to achieve.

It would be great for all the future Kirkman creations to appear under Jet Comics, but what about The Walking Dead?

I imagine that, even as you read this column, negotiations are furiously taking place about these very subjects. Image is not likely to give Kirkman up easily, but given that the guy behind the walkers has recently said many glowing things about Amazon, well, they may not have a choice.

Again, if anyone knows more about this, please feel free to share that information in the space below.

On to the second question. AMC has signed TWD up to and including Season 8. You know Mr. Bezos right now is throwing gobs and gobs of money at Kirkman to move that show to Amazon Prime after that.

We probably won’t know if that successful show stays with AMC or moves to Amazon Prime for some time. If I had to guess, though, I’d say to look for TWD to change homes beginning with Season 9.

STREAMING TV IS ON THE UPSWING! For many of us who have been watching the “small” tube for years, we’re used to cable or satellite TV being the avenues we most likely watch our television programs.

However, my understanding is that the next generation likes to “stream” videos on their iDevices. That way, their hard drive doesn’t fill up or their closets stuffed with discs since they’re watching files stored somewhere else. It also means they can watch things on portable devices rather than having to watch TV in their living rooms.

Kirkman referred to Amazon’s being one of the leaders in streaming video. Yes, Netflix is the best-known company for that at the moment, but Amazon is not far behind. I’ve watched both, and they each have their own strengths. Netflix currently has Marvel TV shows, but with word that Disney is creating their own streaming service, that might change soon.

If you want to see what I consider the best of Amazon Prime, look for The Man in the High Castle. There may be something of a lull midway through each season, but the finales were truly excellent, in my opinion. While Outcast or other Kirkman properties haven’t come close to TWD’s success, it still helps to have that guy’s name on a show. You’re going to attract at least some of Walking Dead’s audience, and even a fraction of that group can mean more success than not having him involved at all.

Given the success of Marvel’s shows on Netflix and DC’s programs on The CW, I know many network execs are poring through comics to find “the next big thing” for TV.

Let me again point out that every comic book issue is an example of how that story could be brought to life on TV. Plot, characters, storyline, direction… it’s all there as a starting point. It’s much more engaging than a script, I think.

Granted, some folks get optioned just by making the basic premise of a story known. But that’s still rare.

However, comics-related programming has never been as prevalent as it is now. In my humble opinion, there’s also never been a better time to be a comics creator on several levels, with the chance of getting your stories on TV or in the movies at an all-time high.

What do you think about Kirkman’s Skybound moving to Amazon Prime? Good move, bad one? What does this mean for the comics industry? Whatever your opinions, be sure to share them in the space below!