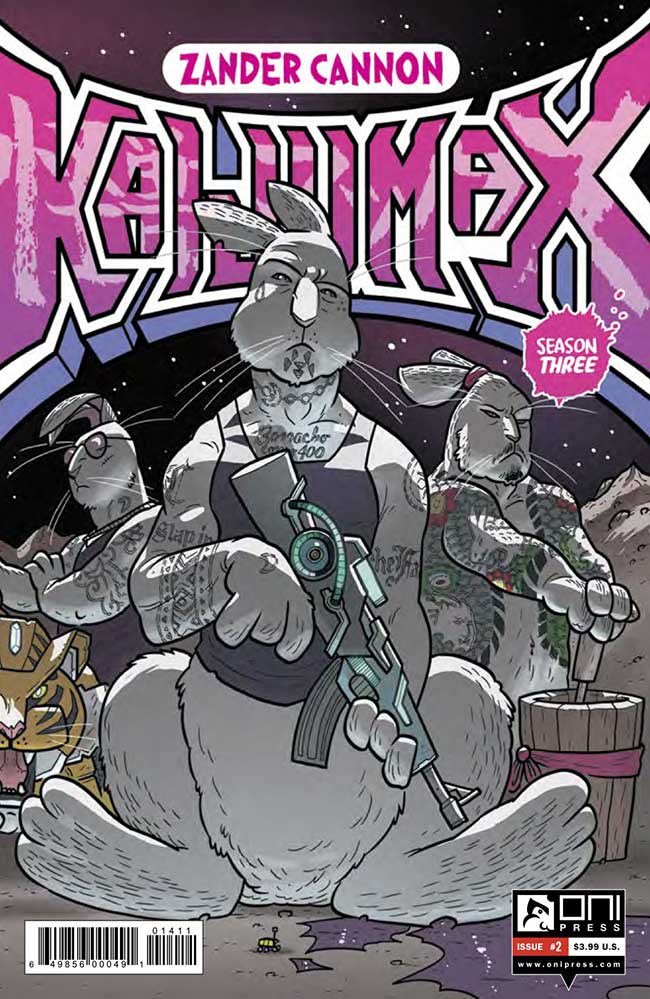 Kaijumax’s last good drug connect has been gone for a while, and the kaiju inmates are fiending for uranium; enter Zonn, Terror of Nagoya and the doctor he’s got in his… er, pocket to bring the good stuff from a new operation on the moon. Meanwhile, Whoofy, the young mob boss picking up the pieces after his father’s death starts to learn what tough rules must be followed — and whose appendages must be broken — to stay in power on the inside. Also: Bullying flashbacks! Terrifying moon bunnies! And… astro-kiestering?