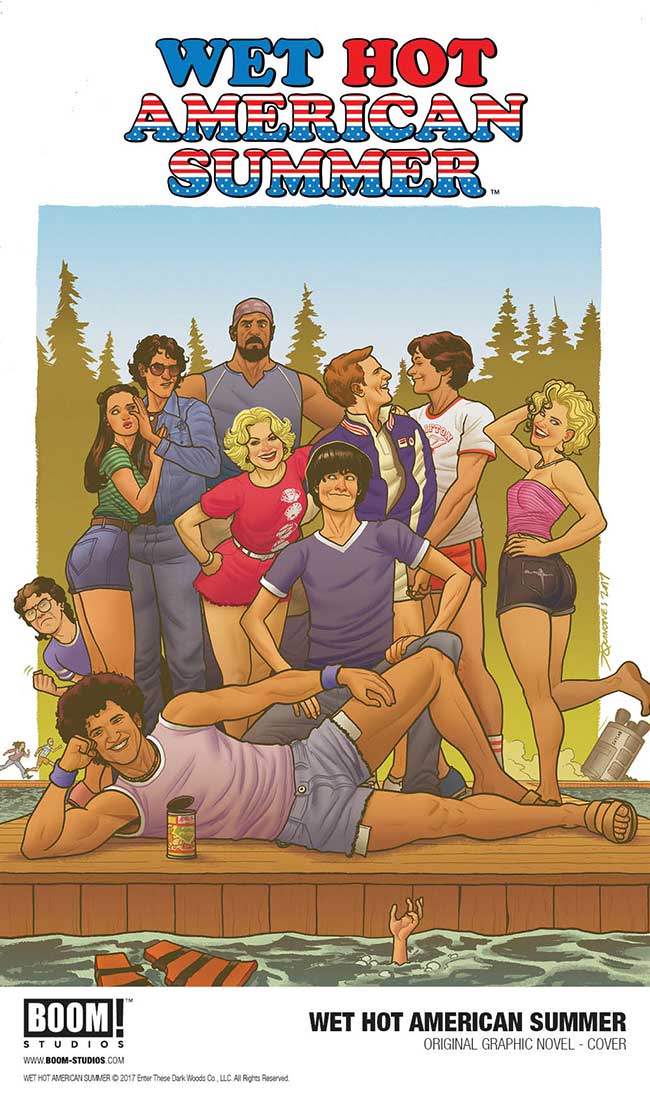 BOOM! Studios, Enter These Dark Woods, and Creative Licensing are proud to announce the WET HOT AMERICAN SUMMER original graphic novel (OGN), arriving in stores June 2018. Set in between the eponymous film and Netflix prequel series, your favorite characters from Camp Firewood return for an all-new story in this first-ever graphic fiction tie-in to the franchise.

“Wet Hot American Summer is one of those magical films that not only helped launch the career of a dozen household names, but resonated with a generation of viewers over many repeat viewings,” said Filip Sablik, President of Publishing & Marketing, BOOM! Studios. “We’re excited to reveal more story details and the full creative team of this brand-new addition to the world of Wet Hot American Summer, but we know when you see the beautiful cover by Joe Quinones, you’ll understand why this will be one of our biggest releases in 2018.”

“We love the BOOM! Studios guys’ work and we’re thrilled to be partnering with the them on the Wet Hot graphic novel,” said Howard Bernstein, producer of the 2001 film. “It’s exciting for us to bring to the billions of Wet Hot fans across the globe another way to enjoy the characters.”