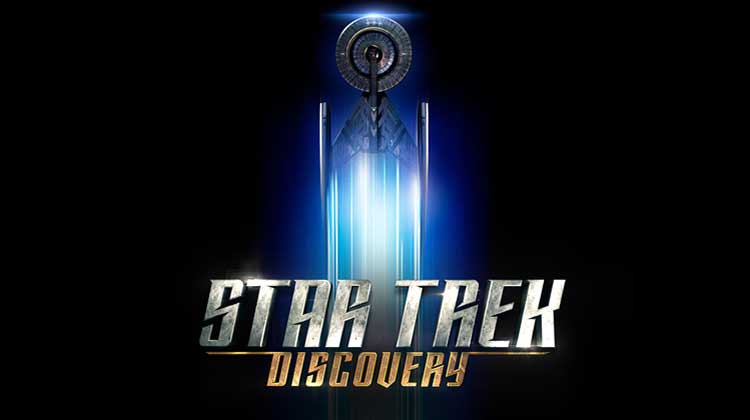 I remain quite a big fan of Star Trek, so I’m fascinated by the upcoming Star Trek: Discovery because, frankly, we haven’t had weekly Trek on the tube for quite a long time now.

I’ve enjoyed the recent films, although not as much as the previous ones with Kirk and Company. It’s tough to capture lightning in a bottle more than once. You do have to credit Gene Roddenberry with making Next Generation work, and the folks who came after him for making the franchise thrive with more incarnations.

But one thing really caught my attention in a recent release from CBS. They’re trying to make continuity work across several types of entertainment, including comic books, novels, and TV. That’s never been done before in this franchise – at least, not successfully.

THIS WILL TAKE COORDINATION

Here’s the important part of that release:

Audiences recently got a first look at Star Trek: Discovery‘s forthcoming comic and novel covers at Creation Entertainment’s Star Trek Official Convention in Las Vegas. This marks the first time that Star Trek will integrate its novels, comics, and show into the same storyline.

Yes, there have been comics based on the TV shows and movies, but they haven’t been considered “canon.” In other words, if something happens on the big or small screen that contradicts the printed version, you disregard the books in favor of the films or TV. Should this be? This debate has raged on for years among Trek fans. Sometimes folks prefer the way the books have done something instead of the TV shows. It happens.

Now, the screen versions have mostly been self-contained stories, with maybe a season or two of Enterprise and all of DS9 doing things differently. You had to end up where you started so someone else could do the same thing next time.

Discovery is not going to be like that. It’ll be one continuous storyline – at least for this first season. That’s likely going to be easier to work with novelists and comics creators. You give them a copy of the scripts for the first season, let them work their magic, then review what they come up with so it doesn’t blow something you want to do in future episodes out of the water.

It still will be a challenge because a lot of us fans know Trek by heart, and we’ll let CBS and Paramount know if something happens that doesn’t fit with what has gone before, to coin a phrase. That’s one of the challenges brought about by going back to the TV/early film continuity instead of the recent films.

I ONLY WANT TO WATCH THE TV!

I’ve talked several times in previous columns that many sci-fi fans don’t want to have to track down novels and comics (or any other type of media, for that matter) in order to get the full story.

It’s going to be up to the creators, such as David Mack, writer of the Desperate Hours novel, as well as writers Kirsten Beyer and Mike Johnson, and artist Tony Shasteen in the comics, to tell stories and fill in the blanks so well that word of mouth about them will draw as many fans as possible to local bookstores and comics shops.

Knowing Trek folks as I do, that’s a HUGE challenge!

However, Trek has been the franchise that has kept Paramount afloat for decades, what with action figures, novels and other related merchandise selling superbly. At least, when compared to many other sci-fi franchises. So there is hope more will seek out these other stories.

THIS COULD HELP THE COMICS INDUSTRY, THOUGH A lot of us who are into Trek are known for being able to “think outside the box,” as the phrase goes. Our imaginations help us travel to places others can’t begin to conceive of, so I’m told.

I’m hoping one of these alien locations will be the Local Comics Shop. And if folks like what they find there, maybe they’ll sample other comics.

Should a store invest in Trek-related T-shirts and novels for new customers to buy? Maybe. It might be good to approach all this cautiously, given the resistance many have to “other” forms of media.

If it does work, it could be a big boon to the industry, particularly IDW, who has done a terrific job on making Trek work in comics. I saw this because Trek has been found in many other comics companies, including Marvel, DC and Malibu, just to name a few. That IDW has kept the Paramount people this happy for this long is quite the accomplishment, in my opinion! If Trek takes off, we could find other franchises trying to reach those initial levels of success Marvel achieved when they first took Star Wars back. And that’s good for everyone, I think!

GETTING READY FOR LAUNCH

As we prepare for the return of TV Trek, here’s some information about these avenues.

First, David Mack’s novel and will be titled Star Trek: Discovery: Desperate Hours, and it will be in stores and digital formats on September 26—just two days after the CBS All Access premiere—and it will take place one year before the events of the new series.

Second, the initial issue of the comic will arrive in stores shortly after that, during the month of October. Unlike the novel, the comic will spend more time exploring the Klingons’ backstory. The cover of the first issue features Klingon leader T’Kuvma, played by Chris Obi on the show.

What do you think about Star Trek: Discovery trying to coordinate stories on several platforms? Looking forward to it? Think they can do it? Or will it fade out, much like Star Wars has with Marvel? Whatever your opinions, be sure to share them in the space below!