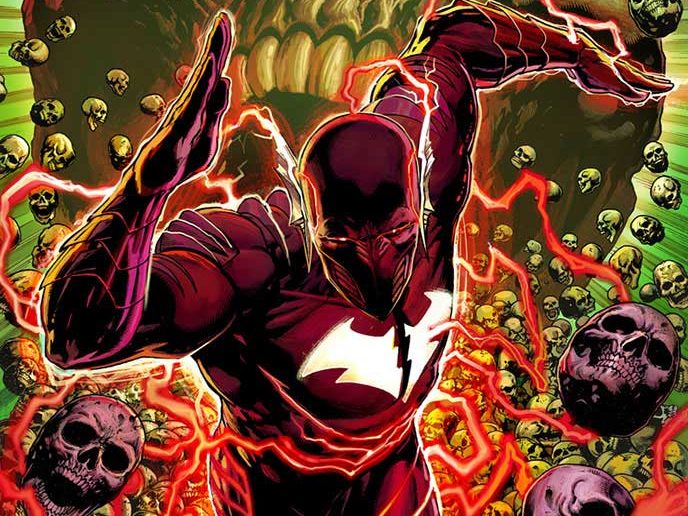 The Dark Multiverse is coming, and The Red Death and The Murder Machine are leading the way. This morning DC Comics revealed the covers to two anticipated comics.

Evil versions of the Dark Knight are coming to terrorize Earth this fall! Seven one-shot comics that tie into the upcoming DARK NIGHTS: METAL event are on the horizon, each spotlighting a different, corrupted version of Batman spawned from the Dark Multiverse. How can the Justice League stop a horde of deadly beings that appear to be powerful, nightmare versions of themselves? Find out in these special tie-in issues, beginning September 20 with BATMAN: THE RED DEATH #1 by Joshua Williamson and Carmine Di Giandomenico followed by BATMAN: THE MURDER MACHINE #1 by Frank Tieri and Ricardo Federici on September 27. All seven of the DARK NIGHTS: METAL one shots will feature covers by Jason Fabok. Stay tuned for more cover reveals of BATMAN: THE DROWNED, BATMAN: THE MERCILESS, BATMAN: THE DEVASTATOR, BATMAN: THE DAWNBREAKER, and THE BATMAN WHO LAUGHS in the coming weeks!

What do you think of these covers and announcements from DC Comics? To be honest, when they said Batman: Murder Machine, I didn’t think it was going to be a literal machine…