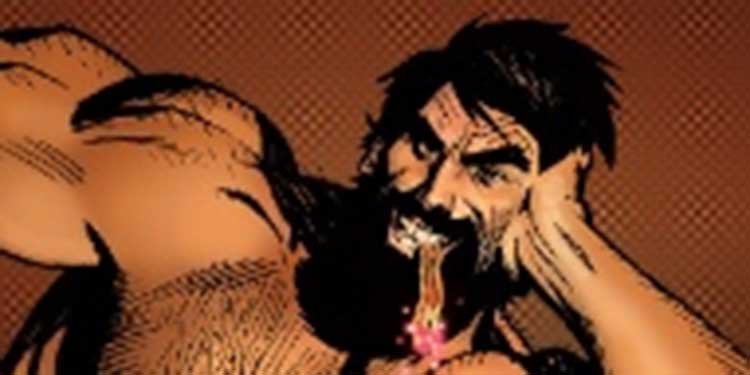 Image Comics sent us the variant cover for the upcoming Shirtless Bear-Fighter #3 that takes a cue from Burt Reynolds and his 1972 Cosmopolitan centerfold.

After being betrayed by the bears that raised him, the legendary SHIRTLESS BEAR-FIGHTER wanders the forest he’s sworn to protect, fist-fighting bears, eating flapjacks, and being the angriest man the world has ever known! When wild-eyed, super-strong bears attack the citizens of Major City, Shirtless ventures into the human world to do what he does best… PUNCH THOSE BEARS IN THE FACE!