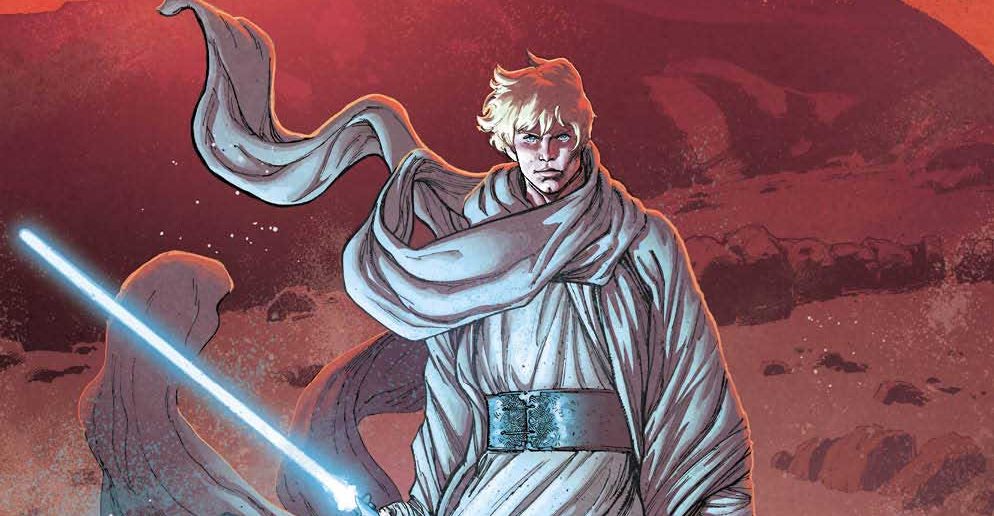 Marvel has announced the creative team of Kieron Gillen and Salvador Larocca will bring us the ongoing adventures of Luke, Leia, and the rest of the gang in Star Wars #38.

Following the events of THE SCREAMING CITADEL, Luke and Leia have faced their own set of challenges, crash-landing on a remote island after being pursued by the Empire. Now, Team Skywalker is gearing up to fight again – in the name of the Rebellion!

“My aim’s simple – to do what Salva and I did with Darth Vader, but for Leia, Luke and Han. As in, chart the rise and fall of the rebellion between A New Hope and the Empire Strikes Back, how it changes them all and how it changes the universe,” said series writer Kieron Gillen. “So a simple aim, but as nightmarishly tricky to pull off as dropping a proton torpedo down a thermal exhaust port. But hopefully as thrilling if we pull it off. I can’t wait till you see it up. First up: the post-apocalyptic hell that remains of Jedha after the Death Star punched a hole through its mantle.” Be on the lookout for Star Wars #38, coming soon!