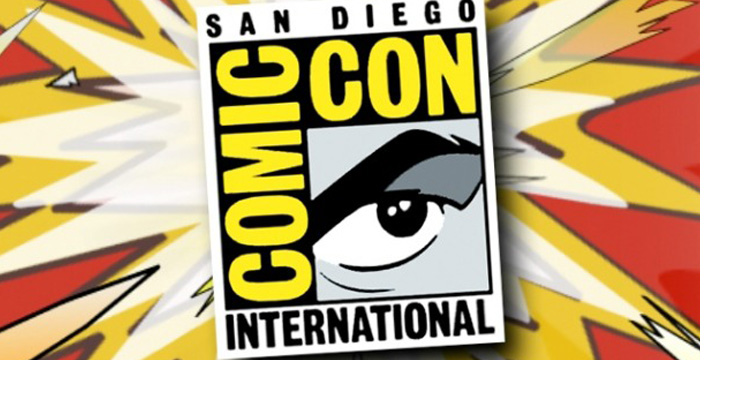 The question I always get asked after attending Comic-Con is, “What was it like?”

Well, let me try to sum up this year’s SDCC.

Lines are a fact of life at Comic-Con, and it seems as if they’re even longer than the last time I attended 5 or so years ago. I stood in the Star Trek: Discovery line for two hours, and I still wasn’t able to get in. In fact, I doubted that I’d get to the Supergirl presentation after it, so I bailed.

I was bumped, jostled, pushed and shoved. But that’s nothing new.

The great irony to all this was people urging everyone to keep moving! “You can’t stop here!” they’d call out. Really?

Wednesday’s Preview Night was pretty busy. Thursday and Friday got progressively busier. Of course, Saturday was the most crowded, but Sunday’s turn-out rivaled it.

There were some stories floating around that some people were cutting in line at one of the biggest halls. To make people happy, supposedly the con handed out armbands that guaranteed free four-day attendance for 2018. I’m not sure if this is just legend or not, but I’d happily take one of those armbands!

That doesn’t mean all the vendors were successful. I felt badly for some folks selling excellent products who could have stood more attention from the crowds.

Speaking of that, many of the “big” comics companies were there, but there were also other vendors, and they sold everything from old comics to anything related to pop culture, including toys, posters, autographs and cards.

THE ‘NEW’ WAYS TO GO Uber helped make getting from place to place possible. There are local trams and trains, but the cost and convenience were unbeatable. Sorry, cabbies!

In fact, on Saturday night, we were eating at a local restaurant. When we were ready to leave, we sent out an Uber request and noticed that there was a swarm of Uber folks all around the neighborhood just waiting for us to call!

The cost for staying a week at a local condo via Airbnb equaled one night in a local hotel. We had some living space to spread out in as well. Would I have liked staying closer to the Convention Center? Of course, but this was a doable alternative.

These two changes have made conventions more affordable. They’ve altered Con attendance, hopefully for the best and for a long time to come. Comfortable clothes make a huge difference when walking miles and miles each day.

Also, I learned from my last visit to walk as much as I could to prepare for this. It made a big difference! I still needed to sit occasionally, but I wasn’t dripping with sweat or needing to lay my head down like I have in the past. Highly recommended!

Interestingly, the Cafe Express company must have made a boatload of money during SDCC. They’re food places were omnipresent, and what they sold wasn’t bad. They were near every line and not far from every panel location. Yes, there were other vendors, but they were few in number by comparison. I should note that the availability of food really helped one get through the days.

And don’t throw away that water bottle! If you refill it at the water fountains, you’d save $4 a refill! That adds up to real savings after a few refills!

While people talked with each other a lot at Comic-Con, the best way to find out what really happened was to check the Internet. Often as soon as a panel ended, the news releases and trailers immediately started posting. Hey, since you often can’t get into a panel, that meant a lot!

As always, the good folks here at MajorSpoilers.com did the best coverage around! You can still catch up on what happened by looking for articles with [SDCC’17] at the beginning of their titles.

Will I be back at SDCC next year? The great people at DC Comics helped me get terrific interviews, I had a great group to travel and work with, I discovered fascinating new comics and comics creators, and I caught up with good friends. As long as those things remain true (and Uber and Airbnb are still operating), I will do my best to attend San Diego Comic-Con 2018! Maybe it’ll see you there!

As always, please feel free to share your opinions about SDCC and my take on it in the space below!