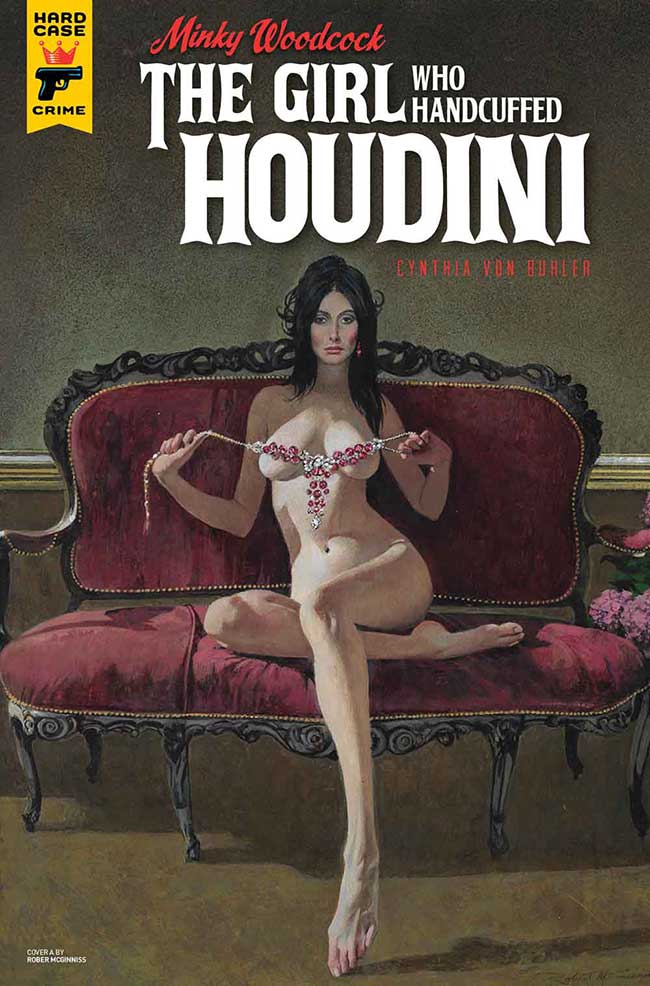 Announced at San Diego Comic-Con today, Titan Comics and Hard Case Crime are excited to reveal the next titles from their Hard Case Crime line of comics – Minky Woodcock: The Girl Who Handcuffed Houdini and Quarry’s War! Created by acclaimed artist, author, director, and playwright Cynthia Von Buhler (Speakeasy Dollhouse, Evelyn Evelyn, The Countess & Her Cats, Emily and the Strangers), Minky Woodcock: The Girl Who Handcuffed Houdini has already garnered praise from​ ​legendary author Neil Gaiman (Sandman) who said: “I was seduced by Cynthia Von Buhler’s artwork. She is a wonder.” Recently returned from the horrors of the Vietnam War, former U.S. Marine sniper Quarry has found a new vocation as a professional assassin. But when his latest contract turns out to be an old acquaintance from his military days, the fresh-faced hit-man finds himself battling against his own conscience as secrets from the past begin to reveal themselves.